Man who mocked Namaz has been arrested from Shah Jamal, Muzaffargarh 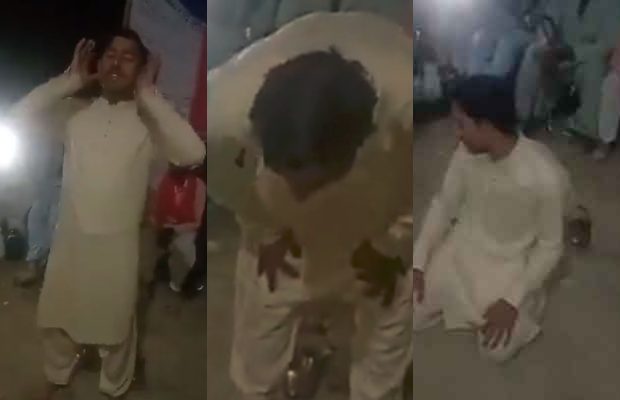 Man who mocked Namaz has been arrested from Shah Jamal, Muzaffargarh, it emerges on Saturday.

It was a few days ago when a video clip went viral on social media featuring a man who mocked namaz while dancing on music at a gathering.

The man has been identified as Asif Gopang, son of Hanif.

He was taken into custody from the Shah Jamal area of Muzaffargarh district in South Punjab.

The video sparked anger among citizens who flooded the social media with demands to take strict action against him for disrespecting the Islamic prayer.

Punjab Police had sought the public’s help to trace the man in the video and assured the people that he would soon be in the grip of the law.