The model claimed that Mansha Pasha shouldn’t be in the showbiz industry. 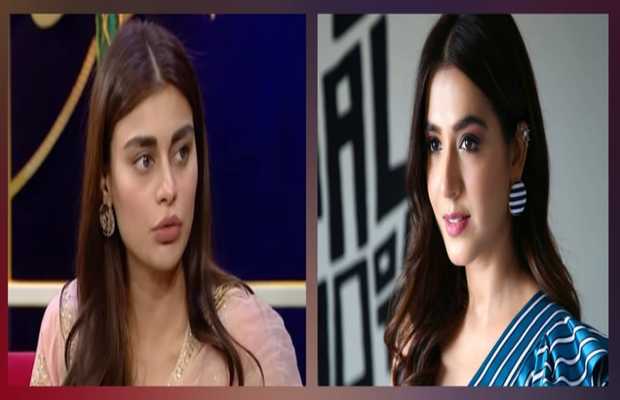 Model Sadaf Kanwal threw shade at actress Mansha Pansha once again and the fans are not happy with it.

Recently, Kanwal was guest along with Azfar Reham on Ahsan Khan’s talk show where she gave her opinion in a reply to one of the question asked by the host in the Rapid Fire segment.

The model claimed that Mansha Pasha shouldn’t be in the showbiz industry.

Kanwal first asked for options but none of was given, so she called out bluntly Mansha Pasha in reply.

Later, Ahsan Khan confronted the actor saying that “But Pasha is a good actor” and Kanwal replied it was her opinion.

Owning to Kanwal’s remarks, Pasha took to social media and shared her thoughts about the negative comment.

“Fortunately for all of us, it is Allah who decides who should be where. He takes you to where you have to be. For the rest, thank you next!” she said.

“Guess who I ran into at the US Open Men’s Semi Finals”, Mehwish Hayat

Here’s it’s worth noting that the conflict between the two started last year when Pasha tweeted against Kanwal’s #MeToo remarks.