At least 11 Dead, Several Injured as Marble Mine Collapse in KPK 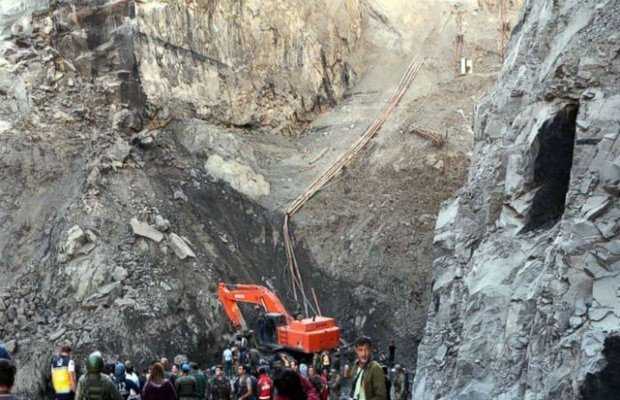 At least 11 people were killed and several injured as a marble mine collapsed in Khyber Pakhtunkhwa’s Mohmand Agency district on Monday.

Casualties are feared to rise as several people are feared to be trapped beneath the rubble. A rescue operation is underway after the accident.

Rescue 1122 in a statement said that eleven bodies and five injured were pulled out from under the rubble and shifted to Ghalanai Hospital.

According to the district administration official, locals have informed that at least 25 people went missing after the rockslide.

Reportedly relief efforts are underway even in the dark with the help of heavy searchlights. Meanwhile, additional rescue personnel from Peshawar and Charsadda have reached the site and are taking part in the operation.

Rescue 1122 said its Mohmand team was carrying out a search operation to find the missing people, adding that additional personnel had been dispatched to the area from Peshawar and Charsadda

Heavy machinery and ambulances were taking part in the operation, said the rescue service.

tweet
Share on FacebookShare on TwitterShare on PinterestShare on Reddit
Saman SiddiquiSeptember 8, 2020
the authorSaman Siddiqui
Saman Siddiqui, A freelance journalist with a Master’s Degree in Mass Communication and MS in Peace and Conflict Studies. Associated with the media industry since 2006. Experience in various capacities including Program Host, Researcher, News Producer, Documentary Making, Voice Over, Content Writing Copy Editing, and Blogging, and currently associated with OyeYeah since 2018, working as an Editor.
All posts bySaman Siddiqui