The pandemic does not discriminate between race or class since everyone is at equal risk! 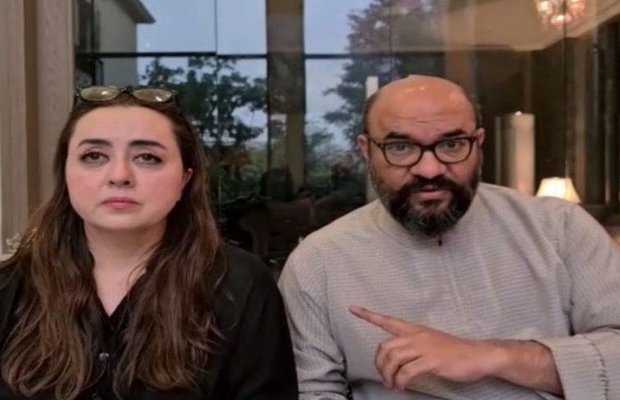 Maria B and her husband ‘s video statement defending letting corona positive cook flee was not received well by the majority of Pakistanis.

Maria B’s husband Tahir Saeed was released on bail hours after taken into custody for not informing the authorities that his cook had contracted coronavirus and sent him back to his home putting thousands of lives at stake!

After the now-infamous viral video, featuring fashion designer Maria B pleading for justice as her husband was arrested on letting their COVID-19 positive servant flee, the couple took to social media to share an an ‘official statement’.

Though the statement was aimed at clearing the air about Maria B’s husband’s release and arrest amid coronavirus controversy, however, the Pakistani’s are not happy at all about the overall scenario they have put forward.

Many took to social media responding to Maria B’s statement and definitely they were irked by their irresponsible behaviour from the start.

The counter statment from an official of Punjab police after the clarification statment of Maria B and he claims everything is a lie which they both told in the video . ( Audio ) #MariaB https://t.co/QVp3d59Zt1

Arrest #MariaB and her husband for endangering the lives of many destitute people. @PakPMO should issue a statement on Maria’s claim she made, during a 19 mins long lecture, that @ImranKhanPTI and the army officials intervened and got her husband released. #CoronaAlert pic.twitter.com/4j34Ptddcw

If “Parhe Likhe Jahil” Had a Face 😑

Next time you buy anything from this cruel #MariaB just remember her cook to whom these people kick out while he was infected. Such a shame these people are. I urge everybody to boycott her brand #MariaB

This is how things work in Pakistan.The elites get released within 24 hours of arrest for their criminal negligence and the poor punished and even humiliated publically.If u have contacts ,you don't worry abt the law.this was the message#MariaB pic.twitter.com/dGfiuIXMM7

Govt should remove the discriminatory system between two classes and arrest the offender.
The isn't only negligence but a crime to sent her cook to his village while knowing that he's #COVID19 positive .#MariaB pic.twitter.com/Haqy5hQpZh

tweet
Share on FacebookShare on TwitterShare on PinterestShare on Reddit
Saman SiddiquiMarch 25, 2020
the authorSaman Siddiqui
Saman Siddiqui, A freelance journalist with a Master’s Degree in Mass Communication and MS in Peace and Conflict Studies. Associated with the media industry since 2006. Experience in various capacities including Program Host, Researcher, News Producer, Documentary Making, Voice Over, Content Writing Copy Editing, and Blogging, and currently associated with OyeYeah since 2018, working as an Editor.
All posts bySaman Siddiqui