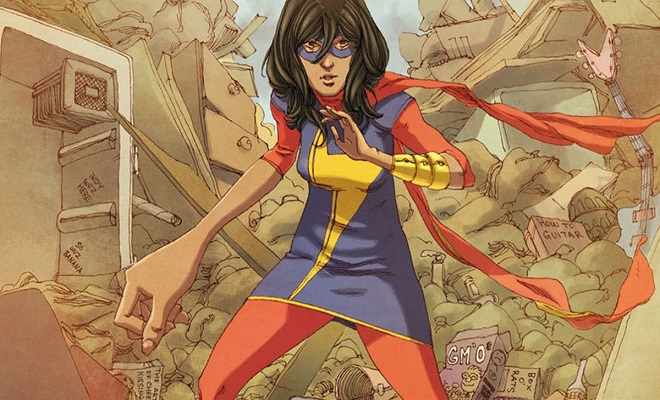 American-Indian actress and comedian Mindy Kaling has been a strong advocate of Marvel’s Pakistani-American superhero Kamala Khan and wants to Introduce the unicultural superhero on the big screen.

Very recently Mindy met the team of Marvel to plan Ms. Marvel’s future and fans got quite excited.

In an interview with MTV news, the Oceans 8 actress stated how enthusiastic the team seemed to be. Mindy even volunteered to help them plan out the character, out of her love for Ms. Khan.

However, due to the sudden hype and speculations by curious fans she took up to twitter to clarify a bit.

“Hi everyone, I love Ms. Marvel (aka Kamala Khan) and the geniuses behind her @GWillowWilson @MiniB622 @Marvel, but I have no information about any tv or film adaptation! Wish I did though, when that hits the screen it’s gonna be huge,” Mindy tweeted.

Keeping in mind the diversity that exists in the Marvel Universe, it wouldn’t hurt to launch a Muslim Pakistani character from the comic book series on television, at least we are quite excited to see it happen!