Marvi Sirmed in a tweet revealed that her private cell phone number along with email address was leaked online. 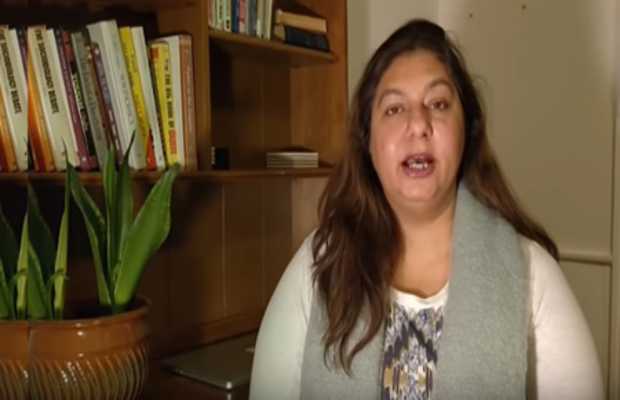 Activist Marvi Sirmed has been doxed after the recent live TV show incident in which she got engaged in a spat with scriptwriter Khalil-ur-Rehman Qamar, who used a foul language against her.

Taking it to social media, Marvi Sirmed in a tweet revealed that her private cell phone number along with email address was leaked online.

She also revealed that she has been receiving threats of murder and rape, and being asked to sell sex.

“Average rate of abusive and threatening messages so far is over 10k per hour,” she wrote in the tweet.

The activist who is currently in the US, shared, “Some low life leaked my cell no & email on social media platforms. Self-proclaimed protectors of women & of Islamic culture are sending me messages and calls full of rape & murder threats, asking to sell sex, and hurling all kinds of filthy sexual innuendo. So much for Islam!”.

Average rate of abusive and fhreatening messages so far is over 10k per hour https://t.co/F7rHVVBQcn

Doxing seems to be becoming a common thing in recent days in Pakistan, earlier celebrities including Ahmed Godil, Hareem Shah, Sarmad Khoosat and Qandeel Baloch have all been doxed in revenge tactic act.

However, doxing, sharing the private information or documents with personal identification information on the internet in a punishable crime under the Prevention of Electronic Crimes Act, 2016.

FIA Deputy Director Abdul Ghaffar, a case can be registered against the harasser and against the website who leaked/ publish the private information.

However, a direct FIR cannot be registered, one has to get special permission from the court and only then the case can proceed.

The hackers who do such things, leaking private information on various social media platforms, upon filing a case, can be imprisoned for two years or fined up to Rs3 million to Rs5 million under the PECA for “unauthorised use of identity information”.

Well, we have to see how the activist Marvi Sirmed prefer to take action against this doxing incident.

Reportedly, till yet no official complaint has been filed with FIA.