Shrieking out in pain, Maryam, can be seen holding her shoulder after the incident 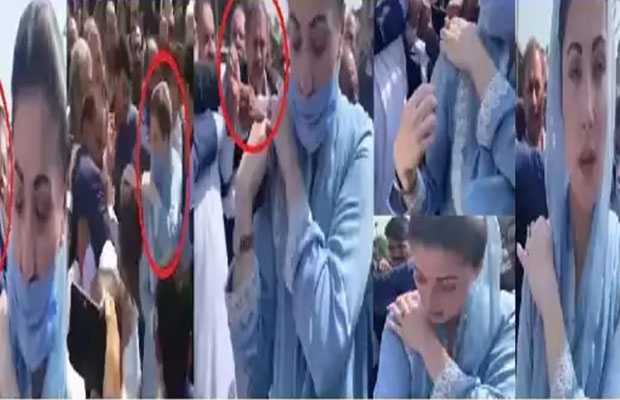 The leader of Pakistan Muslim League- Nawaz (PML-N), Maryam Nawaz was mistakenly struck by her own guard protecting her outside the Islamabad High Court (IHC) on Wednesday after a small number of party supporters tried to swarm her.

A video is doing rounds on social media in which the PML-N leader can be seen getting struck on her shoulder by a member of her security detail.

This happens today outside Islamabad High Court with Maryam Nawaz. Somone hit her from back side.#MaryamPulseOfDemocracy#ProudToBeAnInsafian pic.twitter.com/RxPgiX7CSK

In the viral video, the guard’s fist hit the PML-N leader as he was trying to overcome the crowd hauling Maryam Nawaz.

Shrieking out in pain, Maryam, can be seen holding her shoulder after the incident and her husband, Capt (retd) Safdar can then be seen pushing back the crowd and consoling her lady.

After the incident, the party supporters stepped back and disciplined themselves.

Speaking to the media after the incident, Maryam denied knowledge of any PML-N member attending a meeting with the army chief.