Massive breakdown in Karachi; 80% of the city loses power

The City of Lights went dark once again! 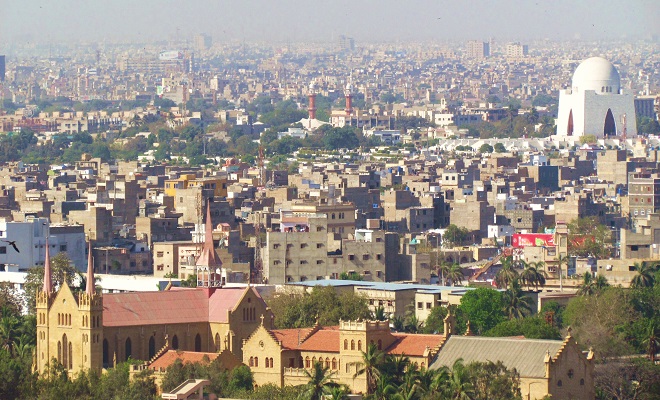 Once again, the so called City of Lights, Karachi, plunged into darkness as a massive power breakdown occurred in the city, in the early hours of the morning on Monday.

According to K-Electric the breakdown occurred as a result of tripping’ of the national grid lines.

Power Supply Update:
Supply to city is affected following tripping in transmission line of National Grid. Restoration efforts are underway. We regret inconvenience caused to customers and request their cooperation during this time.

Karachi Power Update: (1/2)
The 500 kV transmission line connecting KE to the National Grid has tripped. This has had a rollover effect on Karachi's electric supply due to which various parts of the city are experiencing an Outage.

Power supply in Karachi was suspended at around 6.30am when a 500KV transmission line at Port Qasim coming from the national grid tripped. Following that, a 220KV Jamshoro transmission line circuit also tripped causing a major breakdown in the city.

Karachi Power Update: (2/2)
Restoration efforts are underway with some affected areas already back online. Power situation in the city is expected to improve significantly in the next 3 to 4 hours. We request your cooperation during this time & sincerely regret the inconvenience.

“Restoration efforts are underway with some affected areas already back online. Power situation in the city is expected to improve significantly in the next 3 to 4 hours,” said a tweet shared by KE.