No casulties so far reported. 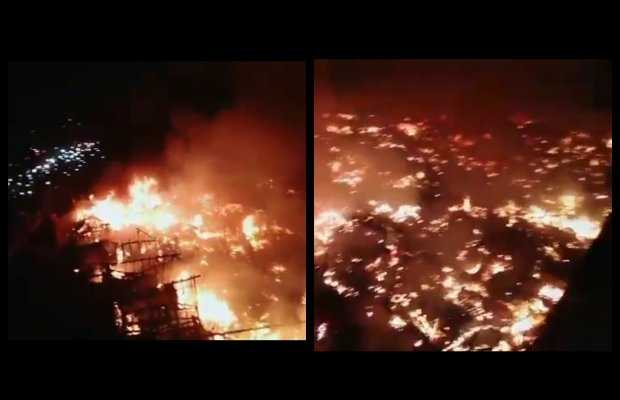 A massive fire has engulfed slums located at the Karachi’s Teenhatti area. So far no life loss has been reported.

According to the eyewitnesses, the fire broke out around 1100 hours. Rescue works reached the affected area.

Several tankers from NIPA and Sakhi Hassan water hydrants were dispatched to the site, according to Karachi Water and Sewerage Board MD Asadullah Khan.

MNA Amir Liaquat Hussain also reached the spot, which happens to be area included in his constituency.
https://twitter.com/AamirLiaquat/status/1219714509700575233

The fire was put out by the timely efforts, however the slums are completely burned down.

tweet
Share on FacebookShare on TwitterShare on PinterestShare on Reddit
Saman SiddiquiJanuary 22, 2020
the authorSaman Siddiqui
Saman Siddiqui, A freelance journalist with a Master’s Degree in Mass Communication and MS in Peace and Conflict Studies. Associated with the media industry since 2006. Experience in various capacities including Program Host, Researcher, News Producer, Documentary Making, Voice Over, Content Writing Copy Editing, and Blogging, and currently associated with OyeYeah since 2018, working as an Editor.
All posts bySaman Siddiqui