Maulana Fazlur Rehman said that anyone who is fond of trying article 6 on me  can file it saying that he will let everyone know who deserved to be tried under Article 6. 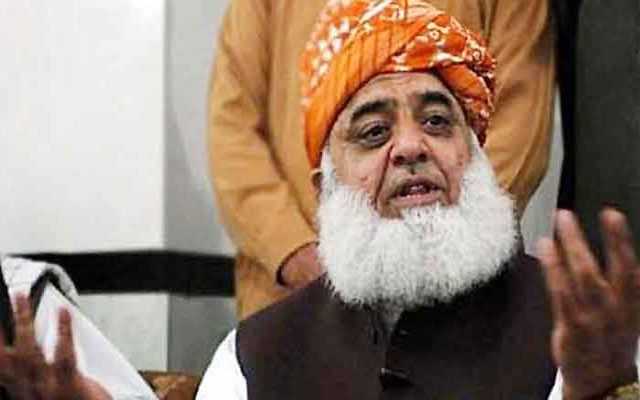 Jamiat Ulema-e-Islam Fazl (JUI-F) chief Maulana Fazlur Rehman has responded to the Prime Minister Imran Khan’s statement for trying him under Article 6, saying that those who want to register a high treason case against me are most welcome to do so.

On Sunday, while speaking at a convention,  Maulana Fazlur Rehman said that anyone who is fond of trying article 6 on me  can file it saying that he will let everyone know who deserved to be tried under Article 6.

“We respect the national institutions but will not remain silent when it comes to our national security,” he added.

Maulana further stated that the party has achieved the objectives of ‘Azadi March’ but failed to overturn the government due to some friendly interferences, however, they ended their writ. He criticized the PTI leadership on rising inflation and said that everyone in the country is worried nowadays.

Earlier on Friday, Prime Minister Imran Khan said that  Maulana Fazlur Rehman should be tried for high treason under Article 6 of the constitution over his controversial statement.

In a casual talk with the media persons, Prime Minister said those who are corrupted are afraid of army adding that, “I am neither corrupt nor making money illegally”.