Certain points he included in his speech and prayers managed to attract two-pronged reactions from social media users, including the Human Rights Commission of Pakistan.

Ever since the Ehsas Telethon concluded, the hashtags #tariqjamil and #molanaTariqJameel became Pakistan’s top trends on social media.

Taking it to social media HRCP registered its dissatisfaction, saying “HRCP is appalled at Maulana #TariqJamil’s recent statement inexplicably correlating women’s ‘modesty’ to the #Covid19 pandemic. Such blatant objectification is unacceptable and, when aired on public television, only compounds the misogyny entrenched in society”.

HRCP is appalled at Maulana #TariqJamil's recent statement inexplicably correlating women's 'modesty' to the #Covid19 pandemic. Such blatant objectification is unacceptable and, when aired on public television, only compounds the misogyny entrenched in society.

Many have taken to social media, to register their protest over Maulana Tariq Jameel’s remarks that immodest women are the cause behind coronavirus pandemic.

Of course Maulana Tariq Jameel, a prominent and very influential Pakistani religious leader, spent a fair bit of his sermon on the Prime Minister's relief fund telethon to blame the ills of Pakistan's society on "women whose clothes are getting shorter and shorter".

#tariqjamil 's comments about immoral women & corona sum up the thinking of most clergy in Pakistan and dare I say, the Prime Minister himself & most of his party & followers.

The question is: if we women brought this azaab upon us why is the virus affecting more men than women?

I just want to apologise to all my followers for that I went out bare head without wearing dupptta once. I really didn’t know it would cause a global pandemic. 🙏🏽#tariqjamil #COVID19 https://t.co/E5lERP3Ls1

However, not everyone felt offended by Maulana’s remarks, and many appreciated him for enlightening and guiding the listeners during these turbulent times.

When a person talks about "Beyhayi" Why these Landay ki Feminists and Liberals think that it is only targetted to women and it is only for their clothing?

Why can't they take themselves out of their miserable lives and try to "Learn something for a change? #tariqjamil

Liberals and feminists be like 'dont judge someone'
'Don't critisize them'
'Let them live '
So i have a question , why are they venting at Maulana Tariq Jamil from last few hours ?#tariqjamil

Done being liberal or secular Muslim. If you speculate you can bang on the icon of today’s era you are in denial, pretending like Cowards who don't like to accept the goodness of others. HE NEVER DEGRADED NO ONE, the shouting birds unwind sit up and think. #molanaTariqJameel pic.twitter.com/01QfcVgtSo

The other part of Maulana Tariq Jamil’s dua has irked many as he declared Pakistani Media as Liars, the contrasting views on social media prompted a debate between users.

Pakistani media made Tariq Jameel a hero and celebrity, gave him his status that he enjoys today. Live on all channels today, he declared all Pakistani media as 'liars'. Good going.

Must give Maulana Tariq Jameel another opportunity may be in next telethon he talks about how he is part of the VIP/deluxe hajj crew 4 years never prays to the poor but only the rich. Just like he & his family pushed out poor ppl from their homes in Qaboola & occupied the land 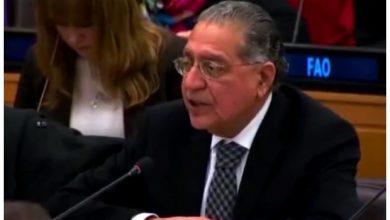 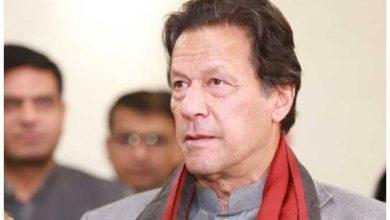