Karachi Mayor Wasim Akhtar said that he is suspending the PSP leader because of his attitude. 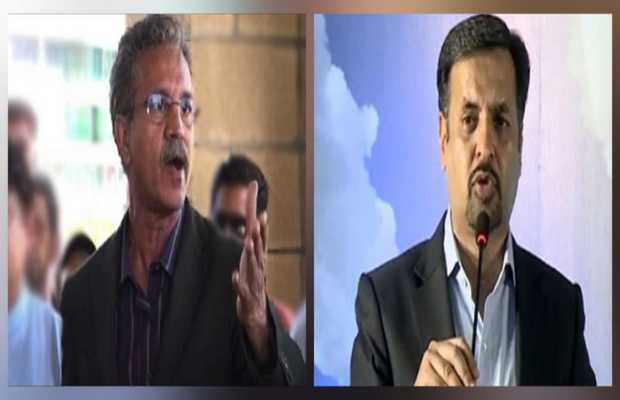 Mustafa Kamal, Chairman Pak Sarzameen Party has been suspended as the Project Director Garbage, a day after his appointment by Mayor Karachi Wassem Akhtar for acting beyond his authority.

Waseem Akhtar in a press conference on Tuesday has said that Mustafa Kamal misbehaved with the bosses and acted beyond his jurisdiction and authority.

“I forgave everything because I thought he will help the people of Karachi but he isn’t worth it.” Kamal is only concerned about his politics and is not interested in improving the lives of the people, he added.

“Kamal should’ve come to the city government office and given his joining and then met with the municipal services department,” said Akhtar. He should’ve shared all his plans with them, instead of making a public announcement.

“He was appointed for three months. He was working under the municipal corporation,” the mayor clarified. “He is not working for NAB that he is asking for other peoples’ bank account details.”

Kamal has been going to places that don’t fall under his jurisdiction, Akhtar claimed. “Why are you going to DMCs when you are not responsible for them?”

Karachi Metropolitan Corporation issued a notification on 26 Aug saying that Kamal has been appointed as its project director for garbage over his “willingness to clean the city of Karachi within 90 days of time”.

In a media talk, Mustafa Kamal said that he accepts this challenge and assured people that he will people work day and night to clean the city.

After his nomination, the former mayor continued to criticize the local government officials of corruption.

Wassem Akhtar has accused the PSP leader of misbehaving with everyone and cursing everyone he has been working with.

tweet
Share on FacebookShare on TwitterShare on PinterestShare on Reddit
Saman SiddiquiAugust 27, 2019
the authorSaman Siddiqui
Saman Siddiqui, A freelance journalist with a Master’s Degree in Mass Communication and MS in Peace and Conflict Studies. Associated with the media industry since 2006. Experience in various capacities including Program Host, Researcher, News Producer, Documentary Making, Voice Over, Content Writing Copy Editing, and Blogging, and currently associated with OyeYeah since 2018, working as an Editor.
All posts bySaman Siddiqui