Spain’s National Court on Monday ruled in favor of extraditing McAfee, 75, to the US. 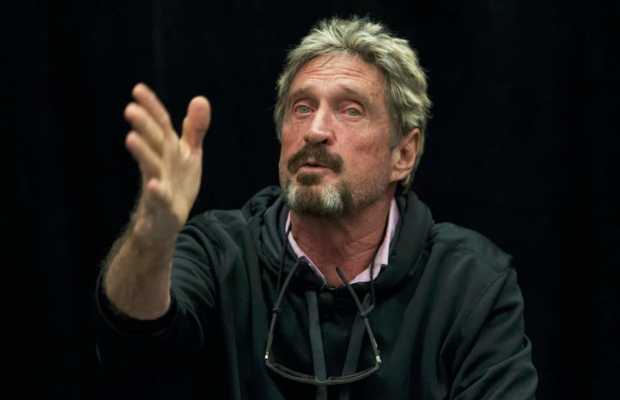 John McAfee, the creator of McAfee antivirus software, was found dead in his jail cell near Barcelona, Spain.

According to the authorities, John McAfee was found dead in an apparent suicide on Wednesday, hours after a Spanish court approved his extradition to the United States to face tax charges punishable by decades in prison.

Security personnel tried to revive him, but the jail’s medical team finally certified his death, a statement from the regional Catalan government said.

“A judicial delegation has arrived to investigate the causes of death,” it said, adding that “everything points to death by suicide.”

British-born McAfee, who launched the world’s first commercial anti-virus in 1987, was arrested last year in October at Barcelona’s international airport and since then he had been in jail awaiting the outcome of extradition proceedings.

As being reported he had lived for years on the run from U.S. authorities, some of that time aboard a megayacht.

McAfee was indicted in Tennessee on tax evasion charges and was charged in a cryptocurrency fraud case in New York.

The widow of U.S. software mogul John McAfee in a statement issued on Friday.  blamed U.S. authorities for his death in a Spanish prison where he was awaiting extradition to the United States and said he was not suicidal.

Janice McAfee said she wanted a thorough investigation into the circumstances of the death of the 75-year-old, which happened in his prison cell on Wednesday in what the authorities said was an apparent suicide by hanging.

“His last words to me were ‘I love you and I will call you in the evening’, those words are not words of someone who is suicidal,” she told reporters outside the Barcelona-area Brians 2 jail.

“I blame the U.S. authorities for this tragedy. Because of these politically motivated charges against him, my husband is now dead,” she said.

She further added that he planned to appeal against Spain’s high court ruling, published a few hours before his death, that authorized his extradition on tax evasion charges.