Ethan Crumbley, 15, is in juvenile custody for the shooting at Oxford High School 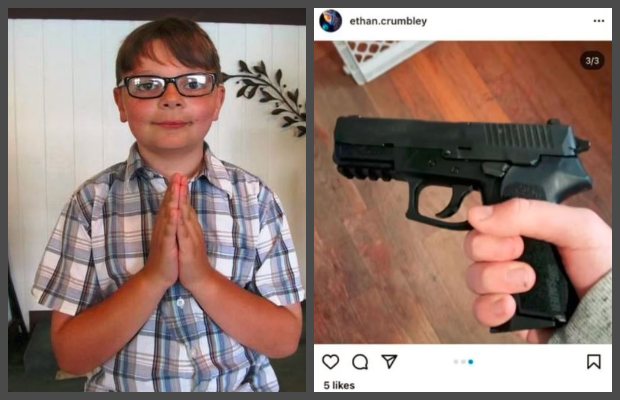 The authorities on Wednesday has identified the suspect as the school bully.

As being reported, a gunman shot four teenagers dead and injured eight others – including a teacher – on Tuesday,  at the US school, tried to coax more students out of hiding by claiming he was a sheriff and announcing that it was safe to come out.

‘Bullied’ teen Ethan Crumbley, 15, has been identified by the authorities as the Michigan High school shooter who gunned down four classmates with his father’s 9mm after flaunting it on Instagram on Tuesday morning.

The fourth teen victim has been identified as a 17-year-old Michigan high school student Justin Shilling.

The other three victims of the fatal incident include students— Madisyn Baldwin, 17; Tate Myre, 16; and Hana St. Juliana, 14.

Students at Oxford High School were killed when a 15-year-old sophomore opened fire at the school’s premises.

Seven others, including a teacher, were also injured.

As being reported, the identified shooter, days before Tuesday’s attack, had posted a video on Instagram to boast about his father’s new Sig Sauer 9mm handgun, pretending it was his.

‘Just got my new beauty today. SIG Sauer 9MM. Ask any questions I will answer,’ he wrote in a post last week on an Instagram account that has now been deleted.

Reportedly, many other fake accounts were circulating the post online on Wednesday morning as Crumbley remained in police custody, refusing to cooperate with investigators.