The three-country visit of the foreign minister aimed at diffusing tensions in the Middle East. 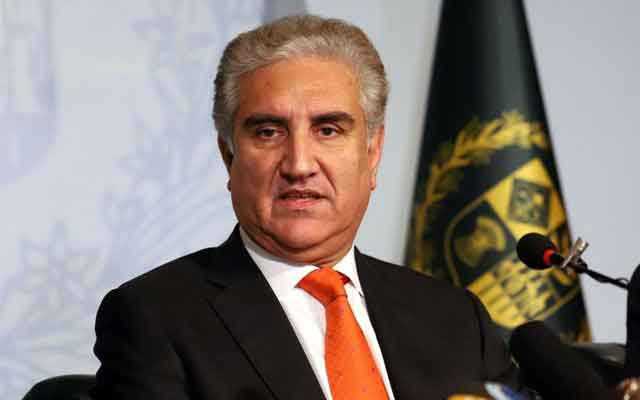 Amidst heightened tensions between Tehran and Washington after the US strike in Iraq that killed top Iranian general Qassem Soleimani and the subsequent missile attacks by Iran on US bases in Iraq, Foreign Minister of Pakistan Shah Mehmood Qureshi has left for Iran on Sunday on a three-day visit.

According to details, the three-country visit of the foreign minister aimed at diffusing tensions in the Middle East.

Shah will hold talks with his Iranian counterpart Javad Zarif and other officials on the present situation in the region during his visit, Radio Pakistan reported.

The foreign minister will then travel to Riyadh where he will hold talks with Saudi counterpart Prince Faisal bin Farhan Al Saud and discuss on the issues of peace and stability in the Middle East.

Qureshi, during his visit will share Pakistan’s perspective on the current situation by stressing the imperative of avoiding any conflict, reports said.

He will further convey Pakistan’s willingness to support all efforts that will take part in the resolution of differences and disputes through political and diplomatic means.

The foreign minister, on Jan 15, will then travel to Washington where he will meet senior officials of White House to discuss the Middle East crisis.