The finance minister added that PTI-led government left the economy on the brink of a default and that too "only to remain in power". 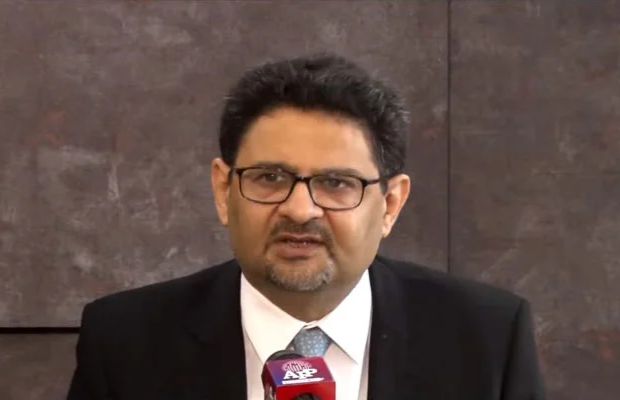 Finance Minister Miftah Ismail made the statement as he announced a raft of new measures which will be included in the budget for the fiscal year 2022-23.

“We have saved the country from bankruptcy by increasing the prices of petroleum products and by holding late-night dialogue with the Fund mission,” he said, addressing a press conference.

The finance minister added that the PTI-led government left the economy on the brink of a default and that too “only to remain in power”.

Miftah Ismail also claimed that he has never seen such a touch-and-go situation ever in his decades-long career.

He also informed the nation that the deal with the International Monetary Fund (IMF) over budgetary measures for the next fiscal year 2022-23 has been closed.

Addressing a joint press conference along with Information Minister Marriyum Aurangzeb, the finance minister took the nation into confidence over the Chinese loan and ongoing talks with the International Monetary Fund (IMF).

“It is a historic budget as we have neither increased indirect taxes nor imposed taxes on commodities or consumption,” he added.

tweet
Share on FacebookShare on TwitterShare on PinterestShare on Reddit
Saman SiddiquiJune 23, 2022
the authorSaman Siddiqui
Saman Siddiqui, A freelance journalist with a Master’s Degree in Mass Communication and MS in Peace and Conflict Studies. Associated with the media industry since 2006. Experience in various capacities including Program Host, Researcher, News Producer, Documentary Making, Voice Over, Content Writing Copy Editing, and Blogging, and currently associated with OyeYeah since 2018, working as an Editor.
All posts bySaman Siddiqui