Miftah Ismail also confirmed that Qatar has plans of investing in a long-term lease of Pakistan's airports and management control, not buying them. 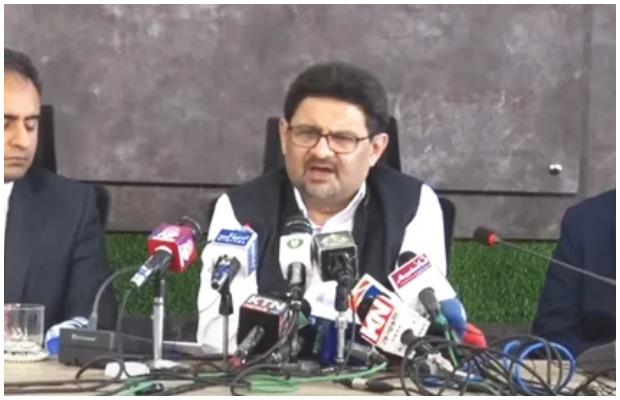 Finance Minister Miftah Ismail in a press conference on Friday clarified that the federal government has no intention of selling the shares of Roosevelt Hotel, New York, and Pakistan International Airlines (PIA) to Qatar.

A presser by the finance minister came after reports claimed that Pakistan was planning to sell shares of both the state assets to acquire loans from the Gulf state after PM Shehbaz Sharif’s maiden visit to Qatar.

“Coincidentally, we did not speak about Roosevelt Hotel during our meetings,” the finance minister said.

Miftah Ismail also confirmed that Qatar has plans of investing in a long-term lease of Pakistan’s airports and management control, not buying them.

The finance minister added that Qatar has plans to construct a terminal on Pakistan’s seaports or invest in the country’s LNG plants or put their money in the large-scale power plants.

“Finally, if all these things do not work out, and they also intent on helping Pakistan, then the country will invest in Pakistan’s stock market,” the finance minister added.

He said that Gulf state has pledged to invest $5 billion in Pakistan, while Saudi Arabia and the United Arab Emirates have also affirmed investing in the country, this will help Islamabad to overcome the financing gap of $4 billion.

The financing gap was a pre-requisite of the money lender as it had asked Pakistan to ensure that it has secured the dollars before it signs off on providing the much-needed $1.17 billion tranche to Islamabad.

The Finance minister also said that Pakistan has fulfilled all the requirements of the IMF and that the country will receive the next tranche after its board meeting on Monday.