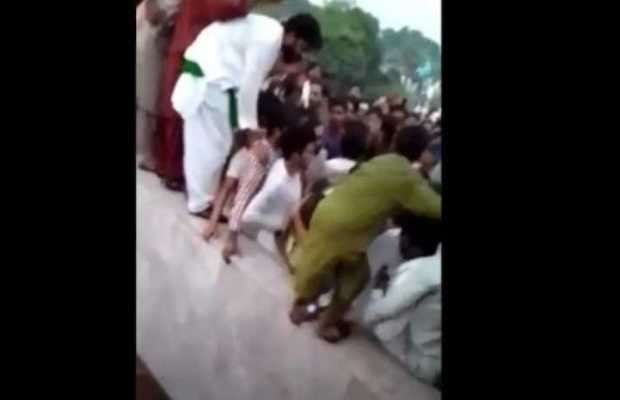 Punjab government spokesman Fayyazul Hassan Chohan condemned the Minar-e-Pakistan incident where a woman was assaulted by a mob.

In a statement on Wednesday, he said that the culprits are being identified through video footage.

“The incident of assault on a woman in Greater Iqbal Park is a shameful act which has brought shame to the society,” Fayyaz Chohan said.

He said that the accused involved in the video are being identified and will be brought to justice.

DIG Investigations Shariq Jamal Khan while talking to a news channel said that the police is taking the case as a challenge and promised to take it to the logical end.

The police officer said the investigations were underway after the case was filed. “We have the videos and the experts are analyzing as it is a technical process to ascertain who was doing what.”

It was a day when a viral video brought the incident to light sending shockwaves across the country.

The now-viral clip showed a group of men attacked a girl, tore off her clothes, and tossed her in the air, in broad daylight on 14 of August at Lahore’s Greater Iqbal Park.

The girl along with her three friends went to the park to make a TikTok video.