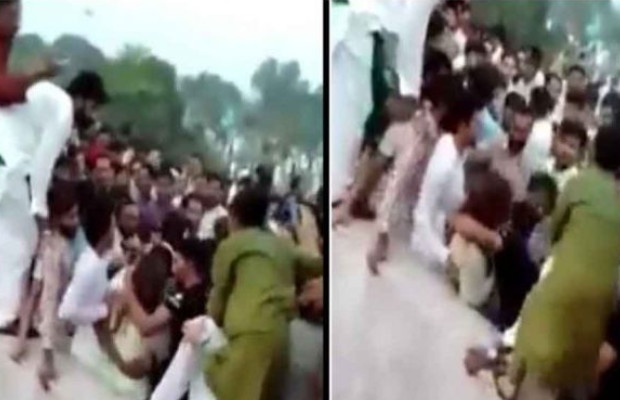 The police have arrested at least 66 men in connection with the Minar-e-Pakistan incident.

As per the latest development into the probe of the incident:

Lahore Investigation DIG Shariq Jamal said that the men were identified via geofencing and face matching.

“Their presence at the crime scene was confirmed by digital mobile forensics,” he said.

Forty of these suspects will be presented before a Lahore court later in the day after which they will be sent to jail for an identification parade.

The police have, so far, detained 300 men in crackdowns in areas of Ravi Road, Badami Bagh, Lari Adda, and Shafiqabad.

The police have sought help from National Data Bas Registration Authority (Nadra) for the identification and details of the suspects involved in the incident.

On the other hand, a district and sessions court in Lahore has approved the pre-arrest bail of Shehroze Syed, one of the 400 suspects involved in harassing and assaulting a woman at Minar-e-Pakistan on August 14.

According to Syed’s petition, he wants to be a part of the police investigation but fears arrests.

Additional Session Judge Muhammad Saeed after hearing the appeal on Saturday has barred the police from arresting Shehroze Syed till September 2.

“The petitioner is a respectable citizen of the locality and has no previous record of such offense,” the court ruled, adding that there is no incriminating material available on record to connect the petitioner with the commission of an alleged offense.

Furthermore, the police have been instructed to present the case challan in the next hearing.

Earlier on Tuesday, the Lahore police had registered a case against hundreds of unidentified persons, including Saeed, for assaulting and stealing from a female TikToker and her companions at the city’s Greater Iqbal Park.