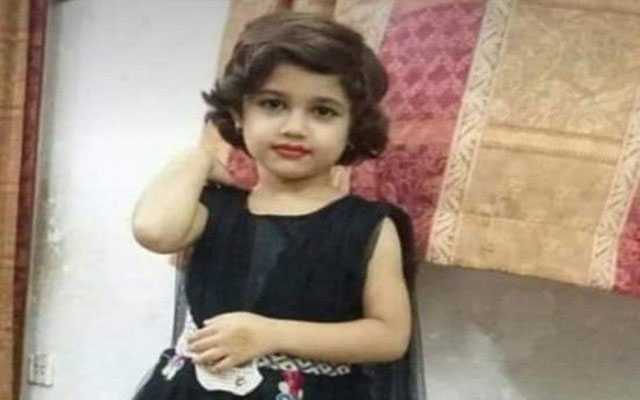 A seven-year-old girl was shot dead by her uncle in Peshawar’s Tehkal area after opening fire in anger over the amount of noise the children were making while playing, reports emerged on Sunday.

Police has registered the FIR on April 22 on the complaint of the deceased’s father who had told that the 48-year-old suspect was enraged after the children raised their voices while playing outside.

The complaint said that the suspect at first verbally abused children before suddenly pulling out a gun and firing at them, injuring his niece in the process.

The minor girl was rushed to a hospital but she had succumbed to her injuries, it added.

According to the statement of police, the suspect was residing at the victim’s house on second floor and was unmarried.

“The suspect is at large and police are currently investigating the incident,” he said.

“As per the complainant and initial police investigations, the suspect opened fire at the kids for making noise,” he said, adding that officials are still investigating the incident.

When asked about the suspect’s mental health, he said that according to the family, he was mentally stable.