Mike Hesson has ruled himself out of contention 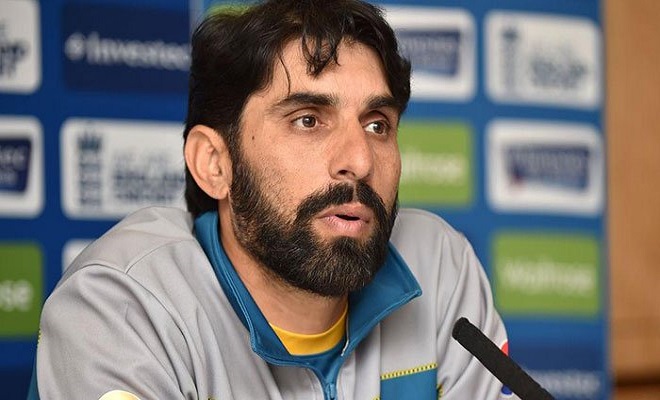 Well, here we are again. For the past 9 years or so, you can’t keep Misbah ul Haq out of the limelight. Whether it is with scoring a ton at Lords or struggling to score quickly enough against India in Mohali, Misbah has been at the forefront of the good and the bad of Pakistan cricket. That trend it seems will continue for the near future.

Being part of the Cricket Committee Misbah ul Haq reportedly played a key role in the dismissal of Mickey Arthur. It was widely reported that Wasim Akram and Ehsan Mani were happy to renew the contract of the former South Africa coach, however, it was Misbah ul Haq and Wasim Khan, who were unhappy with his contributions.

Having made that decision, Pakistan Cricket Board has seemingly focused on appointing a local coach. Their eyes were set on Misbah ul Haq and an official offer was made. However, the former Pakistan captain is still contemplating if he wants to take up the offer.

“I have clarity now that I will be focusing towards helping players,” Misbah said yesterday. “In fact, I have been working with players during my days in SNGPL, Islamabad United and Peshawar Zalmi so I know how to go about it. But it’s not final yet that I am going to apply for the job, so everything that has been reported about me is speculative.”

It would be quite peculiar that as a member of the Cricket Committee Misbah helped make the decision to fire the former coach and he is seemingly benefitting from that call. A classic case of “conflict of interest” some might call it. Moreover, PCB’s criteria of three years of coaching experience with elite cricketers is another sticking point. Misbah, was involved in the PSL as a player this year, has no formal coaching experience.

But given his increased role with the PCB, it is clear that the board and Misbah are comfortable working together. Rashid Latif, who is famously ‘anti-cricketing establishment’ has also taken a small role. While speaking on his Youtube show “Caught Behind”, he suggested that it might be the time to break the hold of a few foreign coaches and give our own cricketers a chance.

Whatever decision Misbah takes, PCB would perhaps want to make a call soon. In the 90s, when Javed Miandad was made coach, players had problems with him. They saw him more a colleague rather than a figure with authority. Can Misbah face the same problem?

Another, huge hurdle Misbah and PCB will definitely endure is media backlash. At his prime, Misbah was a polarizing figure, for his alleged ‘defensive approach”. He was Pakistani cricket expert’s favourite punching bag. Even their reaching the summit of Test ranking couldn’t change opinions.  Ramiz Raja has already fired the 1st shot. Would Misbah want to face the same scrutiny, having left Pakistan captaincy just two years ago? Whatever one’s convictions, constant media badgering would be at the very least annoying.

There remain a lot of unanswered questions. Once again Pakistan looks towards Misbah ul Haq for answers.