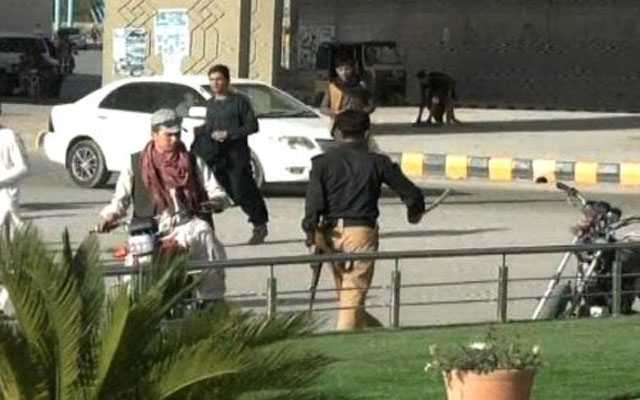 According to the details, the mob were identified by the police with the help of a video. The men confronted and violently beat three men in Aliabad after they were accused of harassing a woman.

“One person died on the spot while the other two were injured and are currently seeking treatment at Civil Hospital,” reports said.

Police reached the site during the time mob attacked the men and tried to save them. This angered the attackers and they started throwing stones at the policemen.

The deceased’s family staged a protest on Kirani Road, asking for the justice for their son. They demonstrators entered the Red Zone while protesting. The father of the deceased said that they want the urgent suspension of DSP and Barori SHO for failing to fulfil their duties.

Home Minister Mir Zia Ullah Langove has instructed the authorities to submit a report on the case.