He went on to say that the PTI government will not only complete this tenure but will also complete the next term. 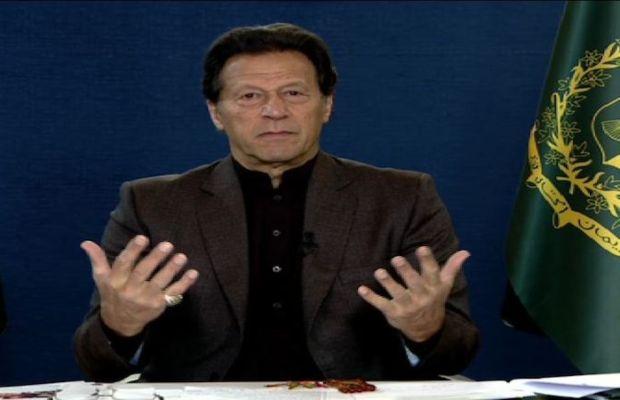 “I will be more dangerous outside the government,” said PM Imran Khan on Sunday as he conducted a Live Television session taking public calls.

Prime Minister Imran Khan also criticised PML-N President Shahbaz Sharif and said that he “does not consider him the leader of the Opposition but a criminal.”

“I don’t consider Shehbaz Sharif as Opposition Leader, he’s a criminal. He can’t answer from where Rs.16 billion have come, he can’t answer TT scandal, but is ready to give 2h speech”

“I don’t consider Shehbaz Sharif as Opposition Leader, he’s a criminal. He can’t answer from where Rs.16 billion have come, he can’t answer TT scandal, but is ready to give 2h speech”- @ImranKhanPTI #آپکا_وزیراعظم_آپکے_ساتھ pic.twitter.com/lSNROc43JD

“I want to warn you that If I am forced out of the office, I would be more dangerous,” the PM said.

“If I come out on the streets, you would not even find a place to hide because the public has seen your true colours.”

He went on to say that the PTI government will not only complete this tenure but will also complete the next term.

Speaking to a caller regarding the issue of inflation in the country, the premier said: “The biggest challenge we face today is inflation and the rising prices of commodities. I am well aware and cognisant of the issues being faced by the common man due to rising prices.”

The premier then said that inflation is “not an issue occurring solely in Pakistan.”

“I want my countrymen to understand that inflation is a global phenomenon caused due to the COVID-19 pandemic,” he said.

“From industrialised countries such as the United States, the United Kingdom, to Europe and Japan, the entire world is faced with spiraling costs of living, a sharp increase in food prices, and a huge spike in energy prices.”

“Pandemics such as COVID-19 occur once in 100 years, it has had a global negative effect causing spiraling costs of living, and disrupting lives all across the world.”

During the conversation, the PM addressed a number of issues including inflation, opposition, accountability, and reforms but when a caller asked where he stands on the debate on presidential form of government for the country, he dodged the answer.

PM Khan referred to his first address in which he said that there will be a commotion from all sides.

“I told people that there will be no compromise with these dacoits. God gave me everything, I had no reasons to enter politics and be abused by these vile people,” he said.

“Now they are trying to blackmail me hoping that I will give them an NRO as General Pervaiz Musharraf did. I consider this a treachery with the nation,” he said.