A notification from the Punjab Auqaf and Religious Affairs Department said on Sunday. 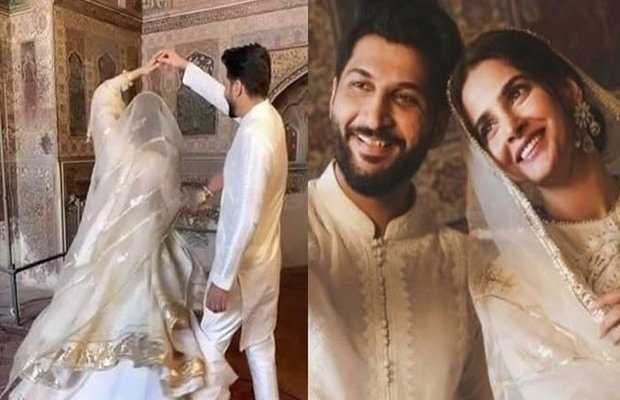 Saba Qamar, Bilal Saeed’s music video has created quite a buzz before its release for having a scene shot at the historic Wazir Khan Mosque.

According to the latest reports, the manager of the Wazir Khan Mosque has been suspended in wake of Qubool’s music video controversy.

A notification from the Punjab Auqaf and Religious Affairs Department said on Sunday, in what comes as the latest update in the controversy surrounding a short video shot at the glorious historical site.

According to the notification, the Punjab Auqaf and Religious Affairs Department has suspended Ishtiaq Ahmed, almost a day after social media erupted in outrage over the music video shoot inside the mosque premises.

Furthermore, the department’s deputy director of finance has been assigned to lead an inquiry into who allowed the shooting inside the mosque and where the mosque’s administration has been when the shoot took place.

However, both Saba Qamar and  Bilal Saeed have issued a clarification over the shoot being done at the mosque, but could not calm down public anger.

Furthermore, the company behind the music video shooting, said that it had obtained prior permission for the shoot, which was granted against payment of Rs30,000-. 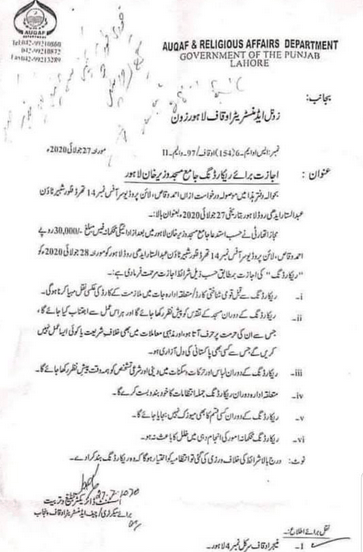