Maulana Fazlur Rehman opts for social distancing, will be offering prayers at home in Ramazan

"I will try not to go to any mosque and be the cause of a public gathering there", he added. 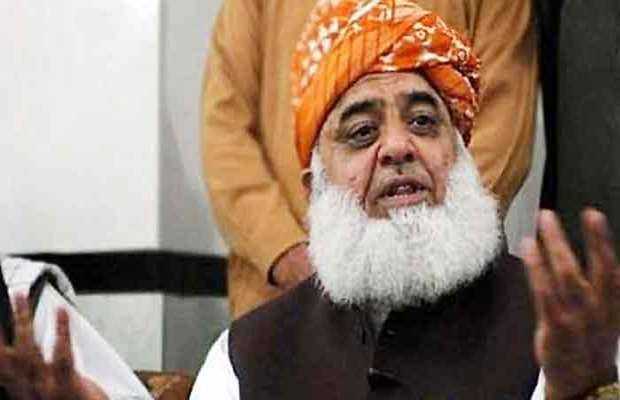 Maulana Fazlur Rehman, Jamiat Ulema-e-Islam-Fazl (JUI-F) chief says that he will refrain from offering prayers in mosques and that he would offer Taraweeh at home and follow coronavirus precautionary measures.

While making an appearance at Geo News programme Jirga, Maulana said”I will take precautions by offering prayers, including Taraweeh prayers at home,”

“I will try not to go to any mosque and be the cause of a public gathering there”, he added.

Fazlur Rehman also said that he will offer prayers at home with his brothers and nephews.

While responding to a question from Saleem Safi, host of the show, Moulana said that the agreement between the government and the Ulema should be respected.

“In my opinion, when a consensus is formed on an issue and an Ijmah is formed, then that Ijmah should be respected,” he said.

He also said that he had presented his recommendations regarding SOPs for mosques during the month of Ramazan at a religious meeting in Karachi.

He said that a forum was formed and their recommendations matched his.

JUIF Chief further added that the suggestions from Indian Ulema on the subject were also similar and an Islamic scholar from Nepal was very clear that very people should go to mosques to offer prayers in congregation.