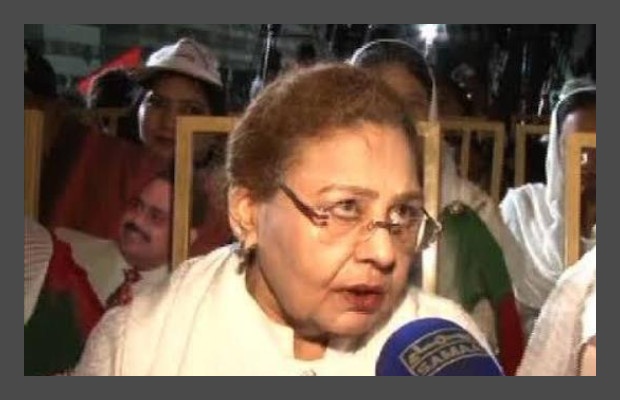 As being reported, Saira Aslam was admitted to the Darul Sehat Hospital in Karachi after her health deteriorated a few days ago.

She reportedly died after suffering a cardiac arrest.

Saira Aslam has been inactive in politics since the MQM was split into two factions in 2016: MQM-London and MQM-Pakistan.

Saira, the older sister of MQM founder, used to be quite active in party politics following Altaf Hussain’s self-imposed exile in the UK since 1991.

According to the family sources,  Saira known as Saira Khatun was, underwent knee surgery a few days ago and was recuperating at home.

On Friday, her condition deteriorated and she was brought back to the Darul Sehat Hospital, where she breathed her last at around 2 pm on Saturday.