MQM-P is one of the allies of the incumbent PTI government. 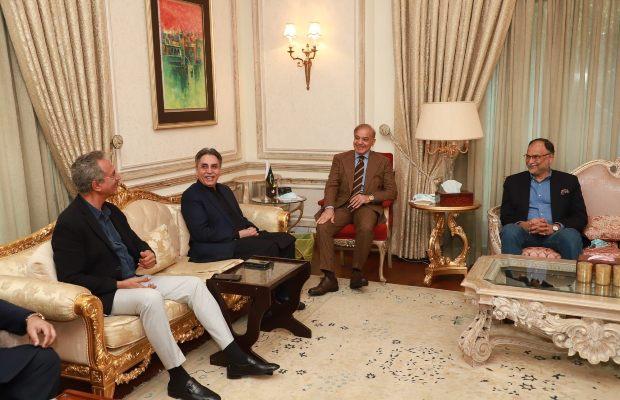 “Life has become hard for people due to additional taxes, rising electricity prices, etc,” he said, adding that all these issues were discussed with the MQM-P delegation in a meeting held before the press conference.

“Today’s ally can become tomorrow’s rival,” he said, adding that the delegation will discuss all issues highlighted during the meeting with their party leadership in Karachi.

MQM-P leader Amir Khan speaking at the presser stressed that people “want to get rid of the government as soon as possible.”

He was of the view that issues should be resolved through dialogue and all matters discussed with the PML-N leaders will be put before the party committee.

Khan further added that the two parties have already agreed to work together for the betterment of the country.

“There are no two opinions about the devastating economic conditions of Pakistan,” he said, adding that the MQM-P also has reservations regarding the rising inflation.

“Inflation has become unbearable and a solution needs to be found as soon as possible,” he said.

According to an insider source, the MQM delegation expressed distrust in PM Imran’s leadership.

Sources quoted that, during the meeting, Muttahida Qaumi Movement (MQM) openly expressed distrust in the Prime Minister, saying that Imran Khan does not know how to govern.

The delegation further said that the government has not fulfilled even a single promise made with the party.

MQM delegation said that the country s economy has been ruined and the government does not know how to govern, adding that forces were imposed by snatching their mandate in Karachi.

They also expressed willingness to support any serious effort of the joint opposition to topple the government.

The delegation also invited Shehbaz Sharif to visit Karachi, which he accepted while the two parties also agreed to continue contacts.

While talking to the media after the meeting, the opposition leader said that economic, financial, and policy.

MQM-P is one of the allies of the incumbent PTI government.