MQM leader Kanwar Naveed Jameel said, “We will go against this black law to any extent." 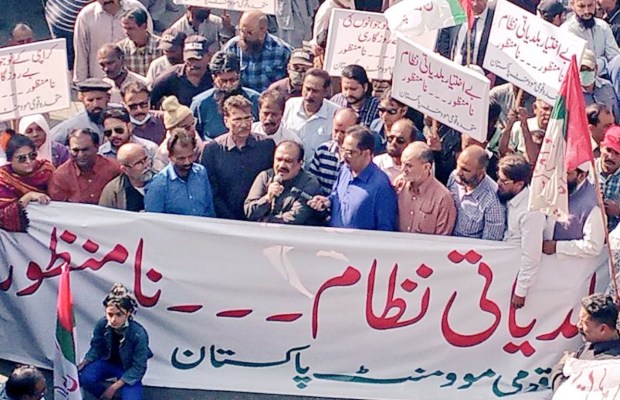 MQM-P supporters along with the leaders staged their protest in front of the District Municipal Corporation, Liaquatabad.

The protestors were holding banners and raising slogans against the Sindh government.

MQM leader Kanwar Naveed Jameel said, “We will go against this black law to any extent. We will stage a protest in each street and town of Karachi. We will not accept the cruel system even though we have to sacrifice our lives. We will start a movement against the Sindh government if the act is not withdrawn.”

He added that the people of Karachi pay taxes to run the country, but the rulers have handed over the city to a biased leadership.

“We knocked at the door of everyone, including the federal government, but no one listens to us,” he said.

The other political parties including  PTI, the PML-N, and the JUI, and Mustafa Kamal’s Pak Sarzameen Party commonly known as PSP have also rejected the Sindh Local Bodies Amendment Act.