Grand Mufti of Pakistan Maulana Rafi Usmani was laid to rest in Karachi on Sunday.

Mufti Rafi Usmani was laid to rest on premises of Jaamiyah Darul Uloom.

Thousands gathered in Karachi to bid farewell to Pakistan’s grand mufti Muhammad Rafi Usmani who passed away on Friday after a prolonged illness at the age of 86. 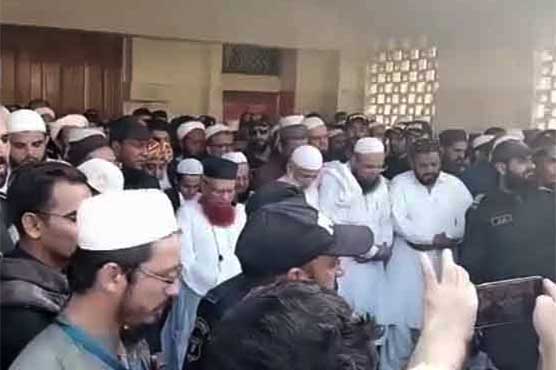 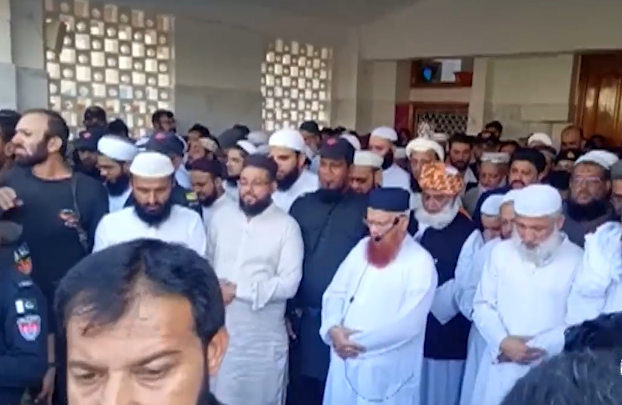 Mufti Rafi Usmani held the position of president of Jamia Darul Uloom Karachi while also holding the responsibilities of the patron of Dar al-Madaris al-Arabiya.

Mufti Muhammad Rafi Osmani is the author of dozens of books, among which Dars Muslim, Two Nation Theory, Navadar Fiqh were the most notable.