This is not the first time that Mufti Qavi has made his way to the limelight for his controversial remarks or actions. 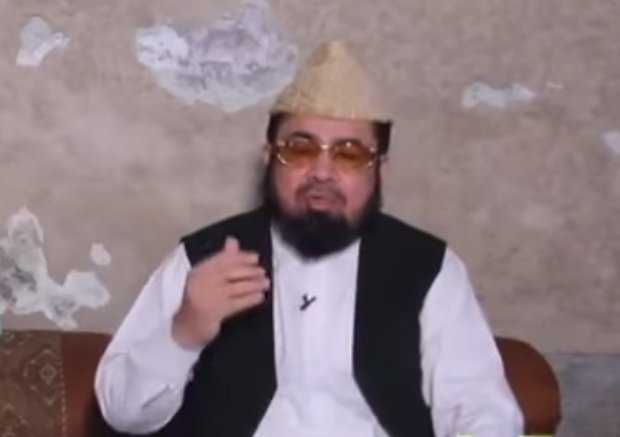 Infamous Mufti Qavi’s scandals with Hareem Shah and Qandeel Baloch are well known to the world and his latest remarks have ignited a fresh wave of criticism.

A video clip of his interview has surfaced on the internet in which he can be seen telling a web-based program interviewer that alcohol derived from minerals, such as spirits, petrochemicals, and other substances, ought to be halal, in his view.

This controversial statement came as Mufti Qavi was asked to respond to reports of a fatwa allegedly issued by clerics in Saudi Arabia that had deemed beverages containing 40% alcohol or less, as permissible or halal.

“I got various calls from Europe a few days ago and some youngsters told me that Saudi ulema had deemed those beverages halal which contain 40% or less alcohol in them.”

“This is their [Saudi ulema’s] opinion. I will give mine. I would say that alcohol derived from minerals, such as spirits, petrol, and other substances, if it is applied to clothes or elsewhere, then it does not render them impure. Now what is the Shariah status [on this matter], whether it [such alcohol] is halal in 100% [quantity] or less, this will be decided only after thorough consideration,” he said.

His latest comments have ignited a fresh wave of criticism and various reactions are pouring in on social media:

Eureka!
I have found out why liquor shopped were allowed to be opened during Ramzan!
Mufti Qavi of the Qandeel Baloch fame has decreed that all drinks containing below 40% alcohol are halal.
That covers everything except sanitisers. 👇 pic.twitter.com/HHWIrvj8nx

tweet
Share on FacebookShare on TwitterShare on PinterestShare on Reddit
Saman SiddiquiMay 8, 2020
the authorSaman Siddiqui
Saman Siddiqui, A freelance journalist with a Master’s Degree in Mass Communication and MS in Peace and Conflict Studies. Associated with the media industry since 2006. Experience in various capacities including Program Host, Researcher, News Producer, Documentary Making, Voice Over, Content Writing Copy Editing, and Blogging, and currently associated with OyeYeah since 2018, working as an Editor.
All posts bySaman Siddiqui