The incident happened near Nipa Chowrangi in the limits of Aziz Bhatti Police Station. 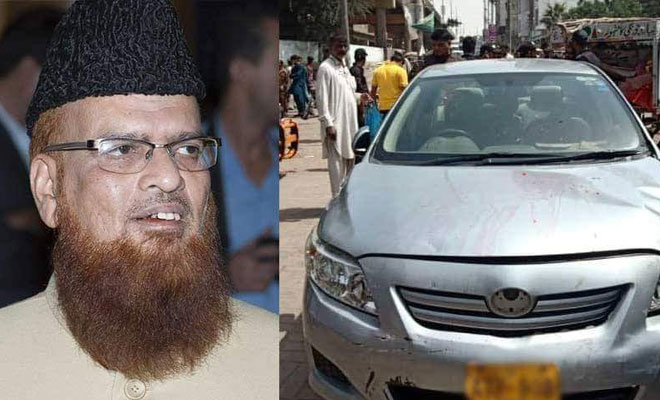 According to the reports, the incident happened near Nipa Chowrangi in the limits of Aziz Bhatti Police Station where four gunmen on two bikes attacked on two vehicles related to Darul Uloom Korangi. 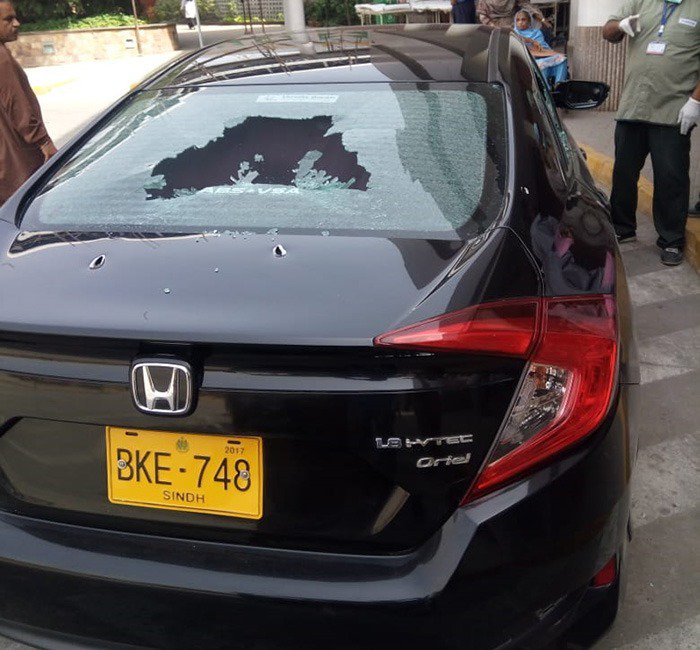 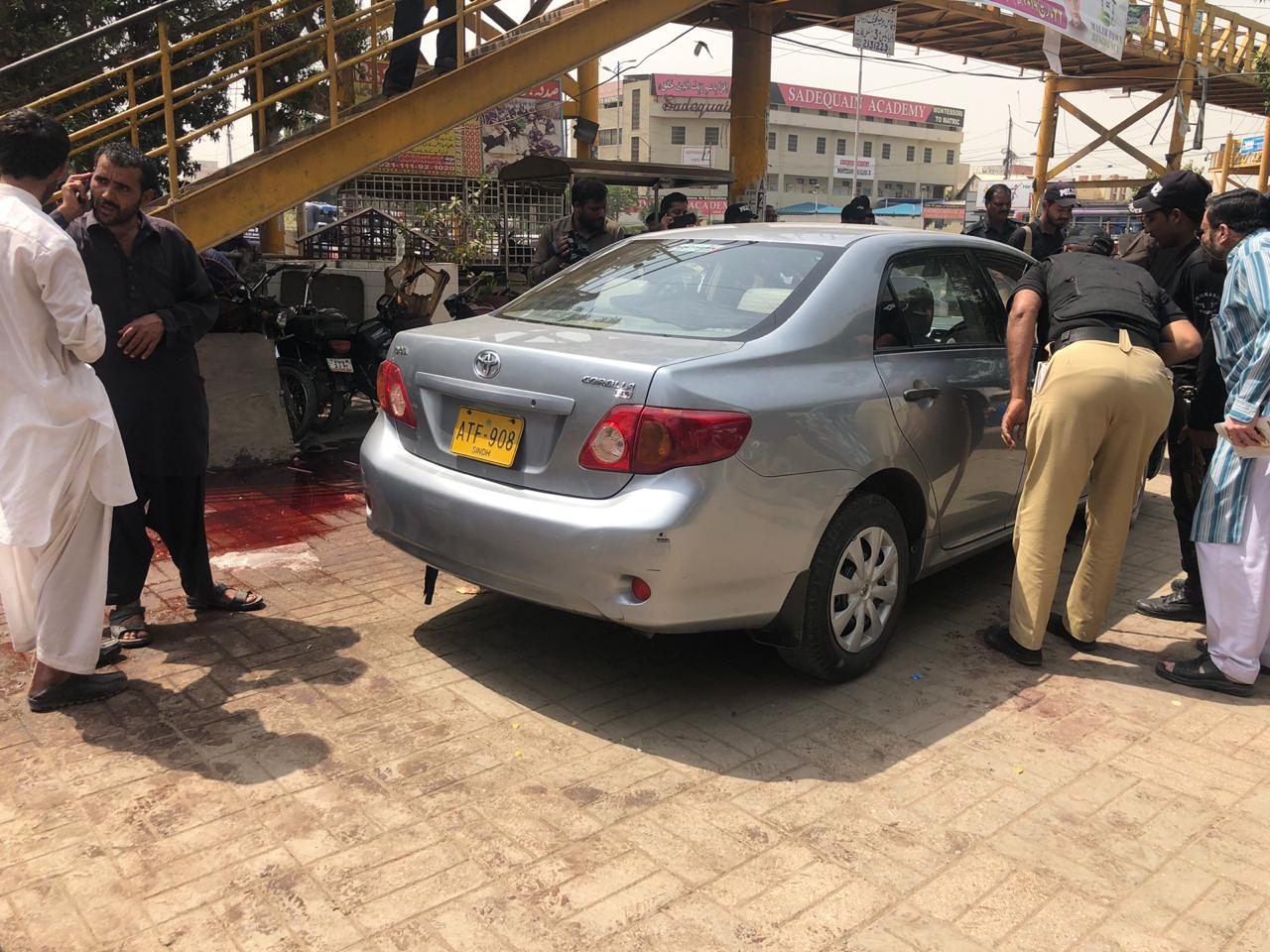 According to police,one of a guard was a Sindh police official and the other belonged to a private company.

The vehicles were registered with Darul Uloom Korangi’s name which is owned by Mufti Rafi Usmani and Mufti Taqi Usmani. 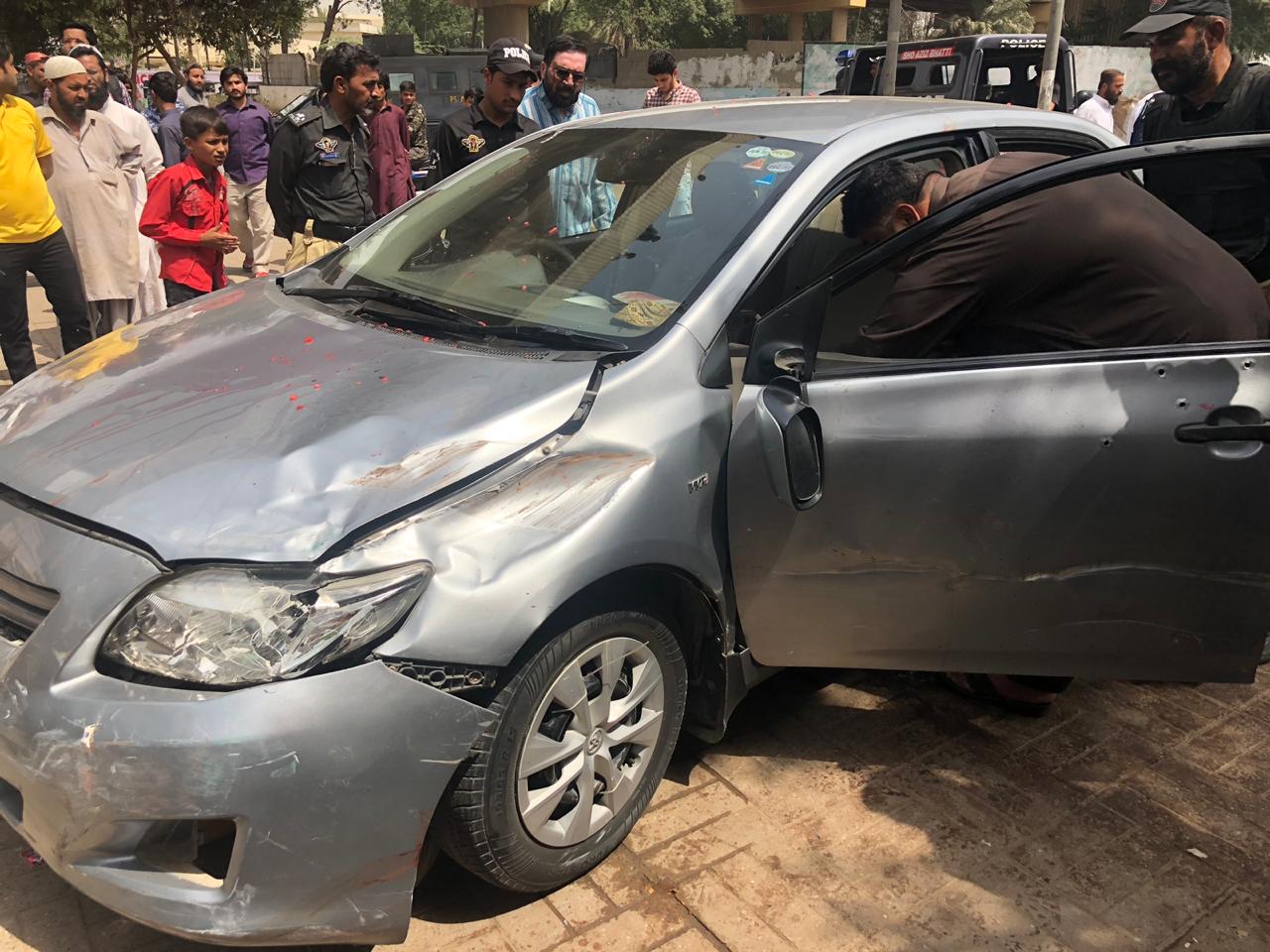 SP Police Gulshan, Tahir Noorani dismissed the reports of earlier two different firing incidents in Karachi, adding that “It is only one incident of firing from the same spot on two vehicles.”

“Moulana was travelling in a black Honda Civic along with his family. The second car with his driver and guard was a Toyota Corolla. The cars were travelling together and were fired on by motorcyclists near the ramp which goes from Aladdin Park to NIPA Chowrangi” he said.

Mufti Taqi Usmani after the attack told media that he was traveling with his wife and two grandsons, who remained unhurt in the attack. He said the motorcyclists fired from the back at the vehicle and then went forward and fired.

According to Inspector General Sindh Police, Kaleem Imam, the incident was a security lapse and said that there was full security which was evident from the fact that the deputed security guard embraced martyrdom in line of duty. 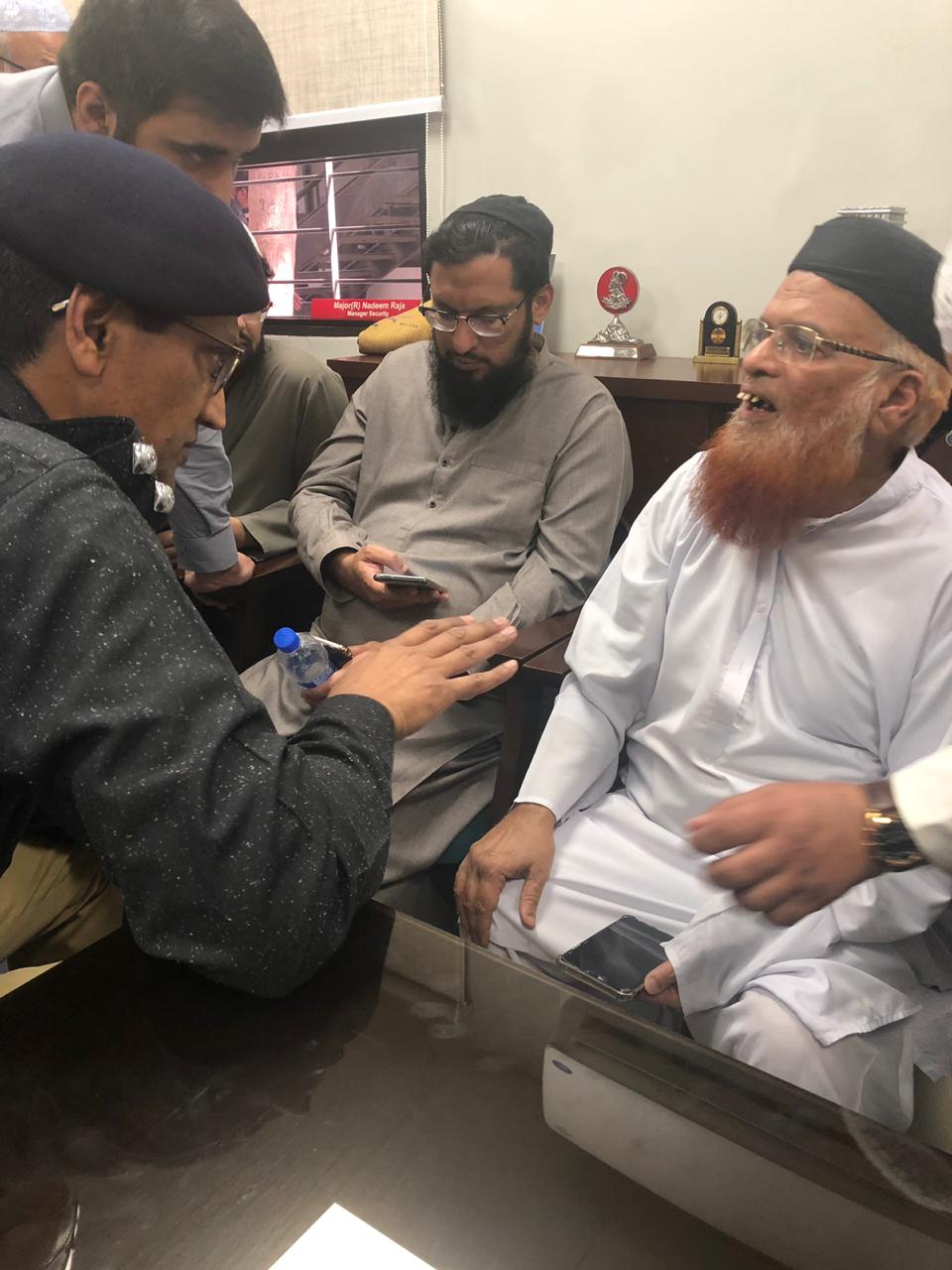 He said that Maulana was going to Bait-ul-Mukaram mosque to lead Friday prayers, adding that investigation was going on and that would soon be shared.

Meanwhile, Sindh Chief Minister Murad Ali Shah took notice of the incident and sought a report from Additional IG Karachi. The Sindh chief minister asked the additional IG to specify whether it is an incident of targeted killing or not. CM also ordered the immediate arrest of the suspects.