Muharram-ul-Haram moon sighted in Pakistan, Ashura to be observed on 10 September 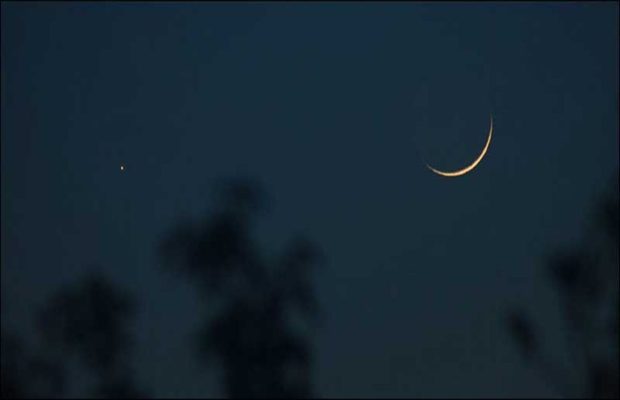 Muharram-ul-Haram moon has been sighted in Pakistan, the announcement was made by the Central Ruet-e-Hilal Committee here on Saturday evening.

According to the announcement, Muharram, the first month of the Islamic (Hijri) calendar will begin from Sunday, September 1, 2019, and the day of Ashura will fall on Tuesday, September 10.

For moon sighting, the meeting of the Central Ruet-e-Hilal Committee was presided over by its chairman Mufti Munibur Rehman at the Meteorological Complex in Karachi.

The evidences by zonal committees were sent to the Central Ruet-e-Hilal Committee which made the final decision.

In a notice issued earlier, the government has announced two public holidays on 9th and 10th Muharram, falling on 9 and 10 September, (Monday and Tuesday). 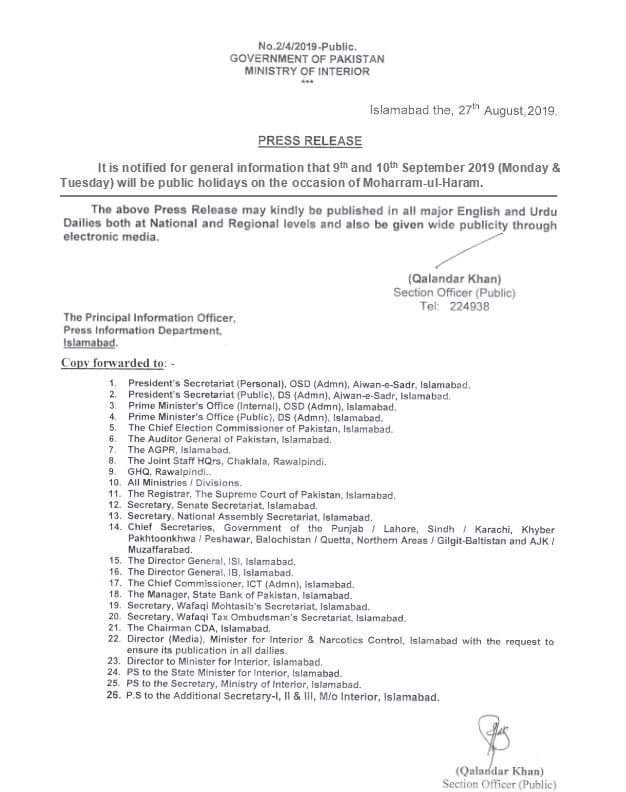 On the said days, in some major cities, mobile phone services are likely to be suspended as part of security arrangements.

tweet
Share on FacebookShare on TwitterShare on PinterestShare on Reddit
Saman SiddiquiAugust 31, 2019
the authorSaman Siddiqui
Saman Siddiqui, A freelance journalist with a Master’s Degree in Mass Communication and MS in Peace and Conflict Studies. Associated with the media industry since 2006. Experience in various capacities including Program Host, Researcher, News Producer, Documentary Making, Voice Over, Content Writing Copy Editing, and Blogging, and currently associated with OyeYeah since 2018, working as an Editor.
All posts bySaman Siddiqui