The hill station continues to recover from the blizzard tragedy in which more than 20 tourists, mostly trapped in their cars, died. 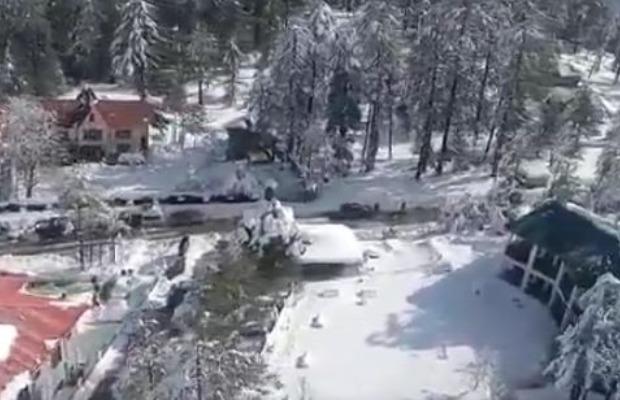 Major highways have been cleared for traffic on Sunday as Murree continues to recover from the snowstorm tragedy.

Police, Rangers, Civil Defense, Rescue personnel, and district administration are reported to be engaged in the operation, while road maintenance work is also underway.

However, the roads leading to Murree from Islamabad and Rawalpindi will remain closed today, says traffic police spokesperson.

Special Assistant to the Prime Minister for Political Communication Dr. Shahbaz Gill shared the update on Murree’s condition in a tweet, saying all major arteries to Murree had been cleared for traffic.

“Around 600 to 700 cars were evacuated from the area last night,” he said, adding that Rawalpindi police, the district administration, and Pakistan Army soldiers worked through the night.

“Police officials are present on the roads leading to Murree from Islamabad and Rawalpindi. The roads will remain closed for today,” he said.

Officials continue to work on clearing snow from roads in and around Murree a day after 22 people, including women and children, died in their vehicles trapped by heavy snowfall.

On the other hand, Punjab Chief Minister Usman Buzdar went for an aerial survey of the snow-affected areas of Murree from his helicopter.

According to the Chief Minister’s Office, the relief commissioner and the senior member Board of Revenue briefed Buzdar on relief and rescue work.

the Inter-Services Public Relations (ISPR) in a statement shared on Saturday evening said that more than 300 people had been provided medical care by a team of army doctors and paramedics.

Meals were served to more than 1,000 stranded people in Jhika Gali, Kashmiri Bazar, Lower Topa, and Kuldana, the statement said.