The Sindh Local Government Department has issued a notification regarding his appointment. 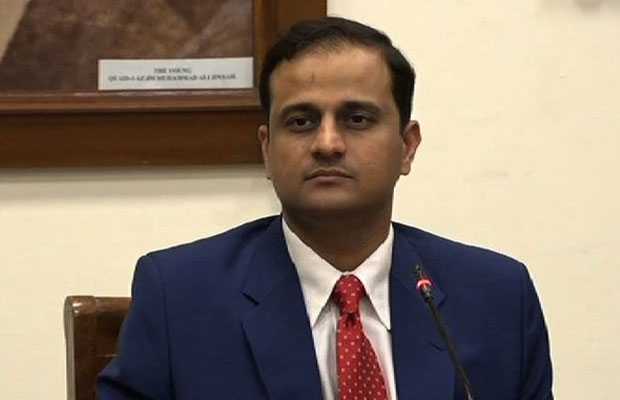 The approval came during a meeting of the provincial cabinet with Chief Minister Sindh Murad Ali Shah in the chair.

The Sindh government made the announcement via a notification on Thursday.

“In exercise of powers, vested u/s 21 (3) of Sindh Local Government Act-2013 and pursuant to the decision of Provincial Cabinet, Government of Sindh, expressed vide additional agenda item No.5, para 19.7(1) at page number 23 of minutes of the meeting, dated 4th September 2020, and with the approval of competent authority, Barrister Murtaza Wahab, Advisor to Chief Minister, Sindh for Law, Environment, Climate Change, and Coastal Development Department is hereby appointed as Administrator, Karachi Metropolitan Corporation, relieving Mr. Laeeq Ahmed, an officer of OMG, BS-20 of charge, with immediate effect,” read the notification

Wahab has been tasked to fix the local development-related issues, especially the functioning of the KMC, replacing Laeeq Ahmed.

While he will also retain his position as the advisor to the Sindh chief minister.

Murtaza Wahab is the current Adviser to the Chief Minister of Sindh on Law, Anti-Corruption Establishment, and Information.

Wahab who happens to be the son of PPP stalwart and former secretary information of the party, Fauzia Wahab (late) has also served as senator from 2017 to 2018. He was elected unopposed as senator from Sindh when the seat fell vacant after the resignation of PPP’s Saeed Ghani.