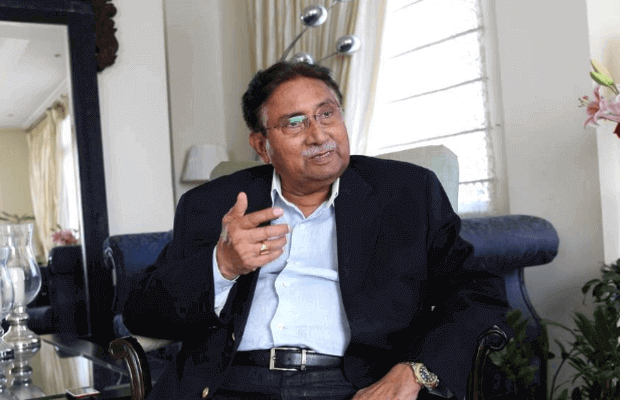 By doing so, IHC has accepted the petition filed by the interior ministry that was filed on Monday to set aside the November 19 order of a special court trying the former military ruler for “subverting the Constitution” in 2007.

A special court was due to announce the verdict on November 28.

The hearing of the case was held by A three-member judge bench headed by IHC Chief Justice Athar Minallah and comprising Justice Aamer Farooq and Justice Mohsin Akhtar Kayani.

During the hearing, Justice Minallah inquired about the official notification regarding the formation of a special court from Additional Attorney General (AAG) Sajid Ilyas Bhatti and also sought for the relevant record from the Law Secretary Muhammad Khashihur Rehman.

“Is there an official notification about the formation of the special court?” the judge asked.

To which Mr. Bhatti replied that an official notification in this regard existed. The court also expressed displeasure over the absence of Law Secretary Muhammad Khashih-ur-Rehman from proceedings.

However, upon a second summon to appear in court, the law secretary arrived in court at around 1:30 pm. The court reprimanded the bureaucrat for being late, suggested reports.

During the hearing held on Tuesday, Nov 26,  IHC directed the submission of the complete record of Special Court in the case while the Lahore High Court (LHC) admitted Musharraf’s plea for regular hearing.

The three-judge special court headed by Justice Waqar Ahmad Seth had reserved its verdict on November 19 while rejecting the interior ministry’s request, which asked for more time to notify a new prosecution team to wrap up the case.

The high treason trial of the Pervez Musharraf, former military dictator for clamping the state of emergency on Nov 3, 2007, filed during the PML-N government, has been pending since 2013.