Here is how social media reacting to the paragraph 66 of the judgment. 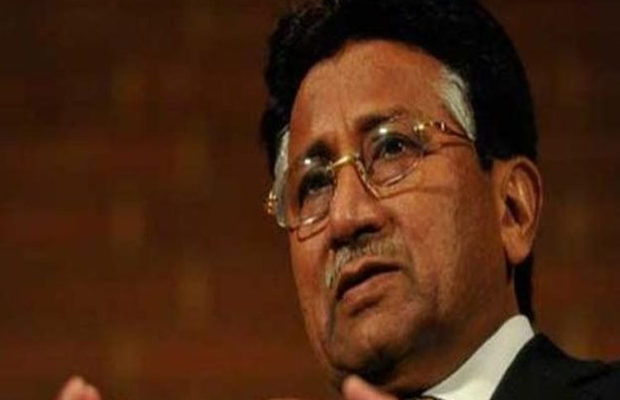 The detailed verdict in the high treason case against Pervez Musharraf was announced by the Special Court on Thursday, after sentencing him to death in the short verdict announced on Tuesday.

Of the three judges, Justice Seth and Justice Karim gave the death sentence while Justice Nazarullah Akbar wrote a dissenting note saying that the prosecution team could not prove treason case.

Justice Shahid Karim of the Lahore High Court and Justice Nazar Akbar of the Sindh High Court have disagreed with such a method of execution prescribed by their fellow judge.

The judgment, that comprised of 169 pages, stated that the prosecution failed to defend the case effectively and provide sufficient evidence against the former army chief.

“As a necessary corollary to what has been observed, we find the accused guilty as per charge. The convict be therefore hanged by his neck till he dies on each count as per charge.”

“We direct the Law Enforcement Agencies to strive their level best to apprehend the fugitive/convict to ensure that the punishment is inflicted as per law and if found dead, his corpse be dragged to the D-Chowk, Islamabad, Pakistan and be hanged for 03 days,” read the detailed verdict.

“Indeed, this portion of the judgement and execution of the sentence is nowhere defined but since it is first impression case and the sentence of death is announced in his absence after declaring the convict as proclaimed offender, therefore, the sentence is supposed to be executed and in case of his death a sentence, to this extent, para 65 prescribes the mode of execution.”

However, paragraph 66 of the judgment which calls for the former president’s body to be “dragged to D-Chowk” in Islamabad, has sparked a new debated in Pakistan other than Musharraf’s convection to death.

Here is how social media reacting to paragraph 66 of the judgment:

Detailed Verdict Against General #Musharraf Is "CONTEMPT OF JUSTICE" by small egoistic men in high offices. Enemy kills me in battle, Judicial System orders my death and my dead body to be dragged and hung in public. I'll still fight and die for Pak or SHOULD I? #MusharafVerdict pic.twitter.com/TmZfAwOdEG

In all fairness, the judge who has passed such a sick verdict is mentally not fit & must be removed from his position.
His other judgements must also be
scrutinized.
Completely ridiculous & unacceptable. #MusharafVerdict

This clearly shows that personal scores are being settled in extremely unpleasent way. In my view this Judge needs help from a full bench of physiatrists. I have never seen such harsh judgement against rapist, terrorist and looters etc #MusharafVerdict pic.twitter.com/rSRAsmb7VI

I am shocked to read this part of the detailed judgement. Giving someone death penalty is one thing but hanging someone publicly after his natural death is inhumane , pathetic & against the Religion of Islam…#MusharafVerdict pic.twitter.com/ttSnsOqrkR

What the hell?I think we should call it "Judicial madness".He is sick
This is more about revenge than Constitution
If justice is to be done, Chaudhry Iftikhar should also be hanged .Article 6 should not be applied to one person, Hang them all then.Disgusting!#MusharafVerdict pic.twitter.com/1dQrgn2JZH

Not-so-Honorable Judge Sb,
THIS is looked upon as being
a) Personal
b) Vindictive
c) Petty
d) Disrespectful
and ohhh CHILDISH
Grow a pair FOR ONCE and act like a bloody human being first. You have proven to be the greatest disgrace Pakistan has had to face #MusharafVerdict pic.twitter.com/HBrOKkTSxg