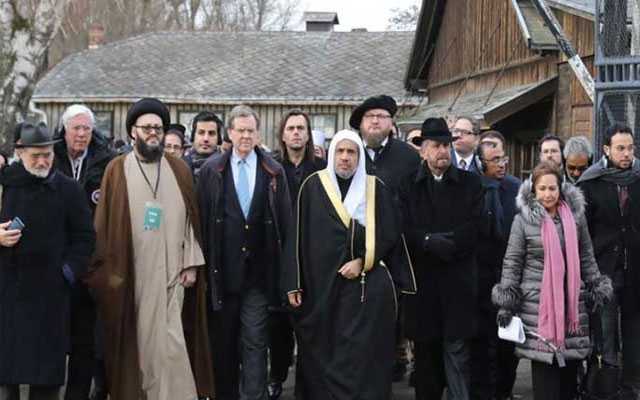 Former justice minister of Saudi Arabia, Sheikh Mohammed al-Issa led a prayer at Auschwitz concentration camp to mark the 75th anniversary of the liberation of the former concentration camp. A video showing the prayer has gone viral on Twitter.

The AJC press release stated that Issa headed a delegation of 62 Muslims in which 25 were prominent religious leaders. The committee claimed that it was the first time in decades that a senior Islamic leadership delegation visited Auschwitz. Whereas, the AJC delegation comprised 24 people, including AJC President Harriet Schleifer, past president John Shapiro and his wife, Dr Shonni Silverberg, and Roberta Baruch and Steven Zelkowitz, members of AJC’s Executive Council.

“To be here, among the children of Holocaust survivors and members of the Jewish and Islamic communities, is both a sacred duty and a profound honour. The unconscionable crimes to which we bear witness today are truly crimes against humanity. That is to say, a violation of us all, an affront to all of God’s creation,” said the former Saudi minister.

“By paying tribute to the victims of the Holocaust, we not only honour the dead but celebrate the living. Throughout the visit, stories of our shared humanity showed through the horror. I was amazed by stories of some individual Muslims who sought to save Jews from the Holocaust at great personal risk in Europe and North Africa. These precious men and women represent the true values of Islam. And today’s visit by the AJC and MWL is made in the spirit of this noble tradition of brotherhood, peace, and love,” remarked Issa after a ceremony and memorial prayers for the victims of the Nazi concentration camp.