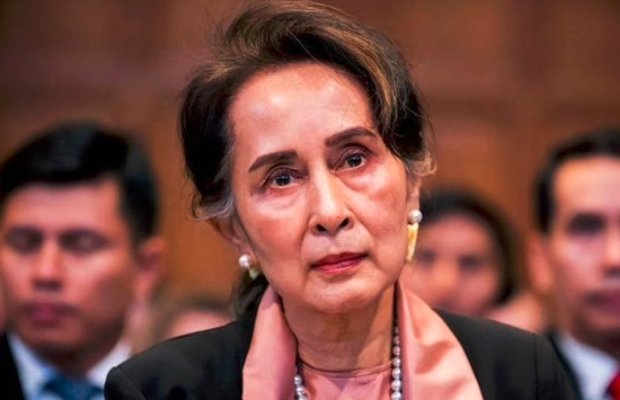 The country’s court gave its ruling on charges of incitement and breaking Covid-19 rules, in the first verdict against the Nobel Peace Prize winner since the military seized power in February.

She has been hit with almost a dozen charges that add up to combined maximum sentences of more than 100 years.

Myanmar Now news agency reported on Tuesday reported that she denied a charge of incitement relating to two statements that her party published in February that condemned the military regime and called on international organizations not to work with them,

Aung San Suu Kyi “was able to defend her innocence very well”, a member of her defense team, who requested anonymity, told the media outlet.

However, the lawyer refused to disclose further details as Myanmar’s military junta has barred her legal team from speaking to the media about her hearings.

Suu Kyi, 76, was Myanmar’s state counselor and de facto leader of the country before she was ousted and detained by the military 10 months ago.