The formulated committee will present its recommendations regarding any problems faced by the business community to the NAB chairman. 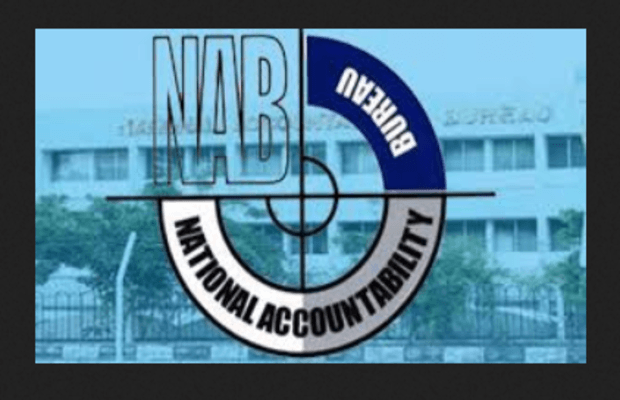 The National Accountability Bureau (NAB) has announced the formation of a six-member committee for the improvement of the economy and to address the reservations of the business community and their “valid complaints” on Monday.

According to the press release the accountability watchdog stated that the committee has been formed after consultation with NAB’s executive board using the powers granted to it by Section 33(C) of the National Accountability Ordinance (NAO), 1999.

The formulated committee will present its recommendations regarding any problems faced by the business community to the NAB chairman. 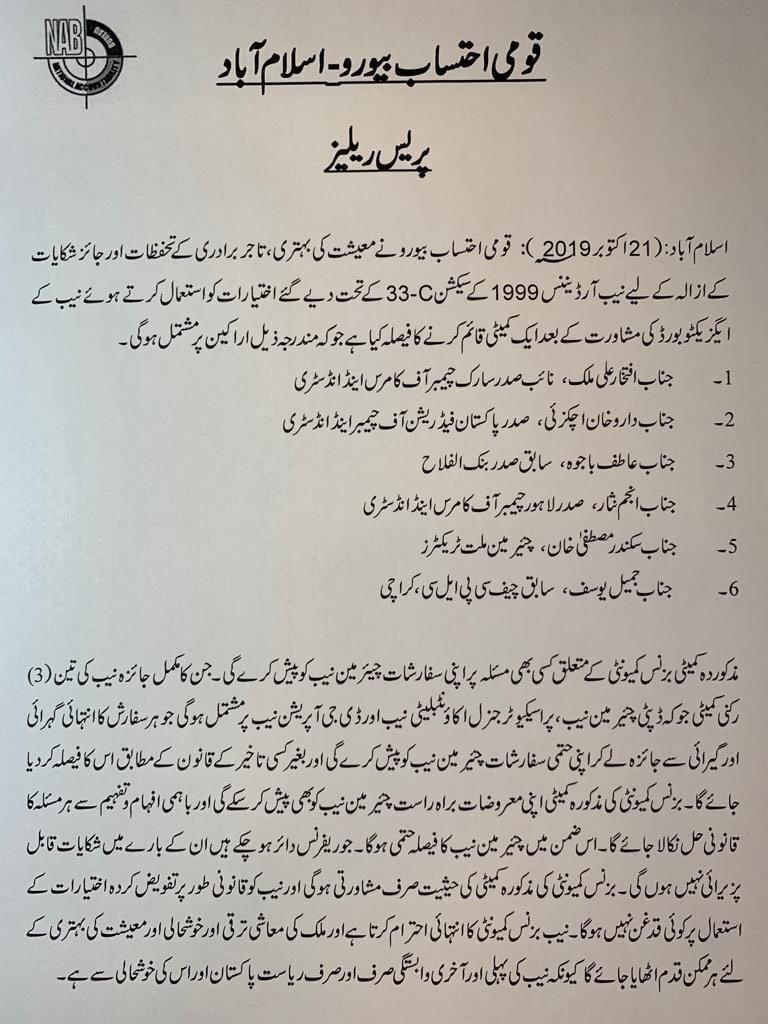 The recommendations will be thoroughly reviewed by a three-member committee, consisting of the NAB deputy chairman, NAB prosecutor general of accountability and DG operations NAB,  which will then present its final recommendations to the NAB chairman.

A decision will be taken on the proposals “without any delay and in accordance with the law”, the NAB press release said.

The business community committee will also be able to present its requests directly to the NAB chairman and “a legal solution will be devised for every issue through mutual understanding”, it added.

However, the press release handout states that the decision taken by the NAB chairman will be “final” during the process and complaints regarding the references that have already been filed will not be admissible.

“The status of the aforesaid committee of the business community will only be consultative and there will be no prohibition on the use of authority legally granted to NAB”,  the statement added as a proviso.

The press release added that the NAB “immensely respects” the business community and every step possible will be taken for the country’s prosperity and improvement of the economy.

“NAB’s first and last association is only with the state of Pakistan and its prosperity,” the press release concluded.