The statement comes from Bokhari when he was interacting with reporters.

The video clip is now doing rounds on social media that featured one of the reporters asks Bokhari if the government and the Opposition will get “equal time” on PTV.

“Absolutely not,” he says. “This is the PTV, not any other channel. This is state television which represents the government.”

“Only government?” asks the reporter.

“Only government,” he said.

Earlier on Monday, the Ministry of Information and Broadcasting appointed Shahzada Naeem Bokhari famous anchorperson and lawyer as an independent director and the chairperson of the Pakistan Television Corporation’s (PTV) Board. 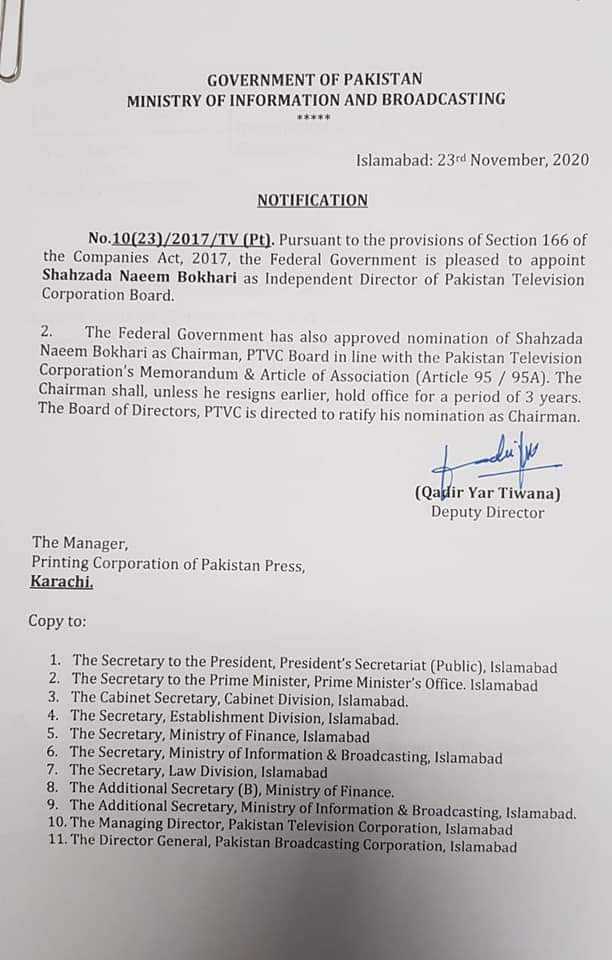 However, his remarks concerning the blackout of the opposition on PTV came despite the Pakistan Tehreek-e-Insaf (PTI) manifesto that promised to transform PTV on the lines of BBC — the British state broadcaster.