Names of six PTI members placed on the Stop List

The PTI leaders that have been barred from travelling without permission! 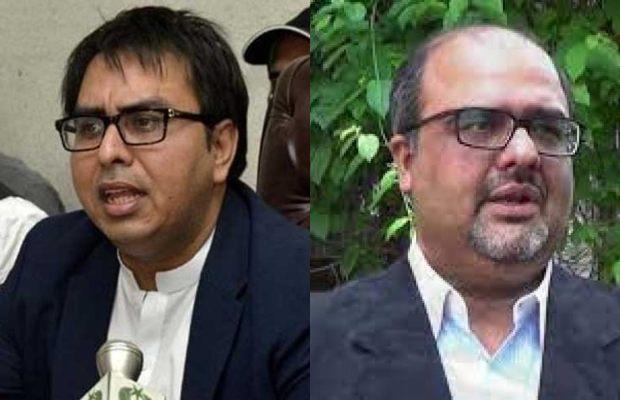 The names of six PTI members are placed on the Stop List!

As reported, the names of six Pakistan Tehreek-e-Insaf (PTI) leaders have been put on the No-Fly List.

The development comes after PTI Chairman Imran Khan was removed from the office of Prime Minister through a no-confidence motion in the National Assembly (NA) on Saturday night, making him the first premier to be ousted through the move.

According to Federal Investigation Agency (FIA), the PTI leaders that have been barred from travelling without permission include:

Following the development, PML-N leader and lawyer Attaullah Tarar in his late-night tweet said: “Shahbaz Gill, Shehzad Akbar, Azam Khan, and Dr. Rizwan were added to the no-fly list. Can’t leave the country. How long have I been talking about this. Revenge, lies, and deception never end well. We bow our heads before the Almighty. Allahu Akbar.”

We bow our heads before Almighty. Allahu Akbar pic.twitter.com/9ij3bJtyOA

The No-Fly List or Stop List was introduced as a system by FIA in 2003 to stop unwanted people from trying to leave the country in the shortest possible time as placing someone’s name on ECL takes a long time.

tweet
Share on FacebookShare on TwitterShare on PinterestShare on Reddit
Saman SiddiquiApril 11, 2022
the authorSaman Siddiqui
Saman Siddiqui, A freelance journalist with a Master’s Degree in Mass Communication and MS in Peace and Conflict Studies. Associated with the media industry since 2006. Experience in various capacities including Program Host, Researcher, News Producer, Documentary Making, Voice Over, Content Writing Copy Editing, and Blogging, and currently associated with OyeYeah since 2018, working as an Editor.
All posts bySaman Siddiqui