The Bollywood celebrities remain divided responding to the situation! 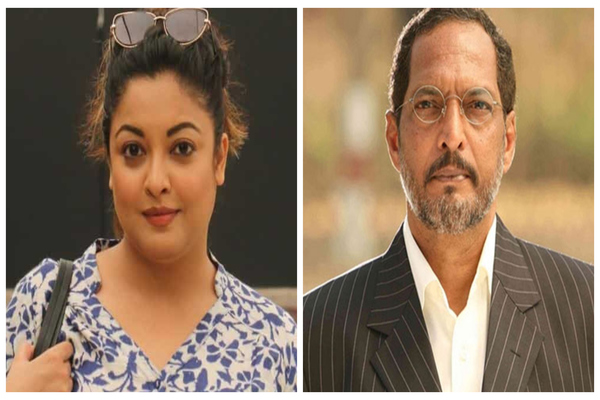 In a recent interview, Tanushree had said that that Patekar harassed her during the shooting of their 2008 film, Horn OK Pleasss and also demanded to do an intimate dance step with her.

According to the media report, Nana’s legal counsel Rajendra Shirodhkar, told, “A legal notice has already been sent to her and she will receive it today. The notice that I have sent is a standard one — denying allegations and asking for an apology.”

Shirodhkar further added, “I can’t say much now. I have absolutely no idea why she (Tanushree) is talking about it now but she may be have some reasons to do it. Nana will come to town (Mumbai) today or tomorrow and address a press conference. Let him come back and talk, that is the best way to know. Tomorrow he should be definitely here.”

Earlier, Tanushree had spoken to the media saying that she is gathering a group of “lawyers and advocates” to defend her.

“Contrary to claims made by Nana’s lawyer I have not received any legal notice. So bluffmaster gogo needs to step up his game a bit here. Instead of making empty threats to intimidate me into silence, send me a legal notice and then you will see what I will do with it! Despite witnesses coming forward and all evidence in my support, I’m being subjected to criminal intimidation and harassment by Nana’s helper. I’m sure this guy has many skeletons in his closet too as birds of a feather always flock together,” stated Tanushree.

The Bollywood celebrities remain divided responding to the situation and allegation claims. Big names of Bollywood like Amitabh Bachchan, Aamir Khan and Salam refrained from commenting on this when asked upon, quoting they don’t know anything about it.
But few have taken to social media responding to Tanushere’s statement.

When our industry fails to stand for and protect its own.They get their chance and lose it.Makes our films on women empowerment hollow.The deafening silence on #TanushreeDutta case is sickening. remember the controversy breaking out .( part 1)

Heartening to see support for #TanushreeDutta & @janiceseq85 & @SceneSorted who corroborated her story. But there will only be lasting impact if there are consequences for the perpetrators. Hope the powers that be are listening. It's a watershed moment!

It hurts to be #TanushreeDutta rn. To be alone, questioned. No woman wants publicity that opens the floodgates of trolling and insensitivity.What happened to her on set was intimidation.Her only fault was she didn’t back down-takes a special courage to be #TanushreeDutta.

This thread is very telling. @janiceseq85 was there at the time of the incident being debated today. Even when #TanushreeDutta had career concerns to keep quiet 10 years ago she did not & her story hasn’t changed now. Her courage should be admired, not her intention questioned. https://t.co/Ola3MNdmtS

#TanushreeDutta I've heard horror stories thru the years of this predatory jungle. Some girls became stars. Others disappeared quietly. Yes they took away your career. They darkened 10 years of your life. But they can't take away your voice & your courage!!

I agree too. Survivors are survivors because they have dealt with something horrible and come out on the other side. So believe them, respect them. @janiceseq85 #TanushreeDutta

Please read this thread before judging or shaming #TanushreeDutta a working environment without harassment and intimidation is a fundamental right and by speaking up this brave woman helps pave the way towards that very goal for all of us! https://t.co/f8Nj9YWRvE