The petitioners had moved the court to stop the authorities from demolishing the building. 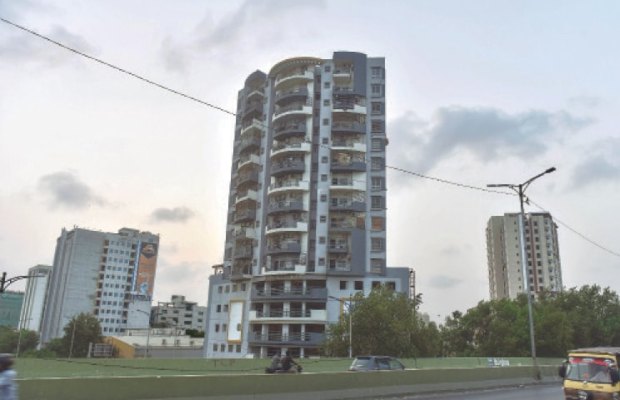 The Supreme Court on Wednesday has rejected the review petition related to Nasla Tower and has sought an implementation report from the concerned authorities.

The Supreme Court has ordered Commissioner Karachi to vacate the Nasla Tower within a month.

The Nasla Tower review case was heard in the Supreme Court Karachi Registry.

The petitioners’ lawyer told the court that the construction was allowed despite lease cancellations.

“In this case, the residents are not at fault. The authorities are,” he pointed out. “The demolition orders are not fair and should be reviewed.”

Justice Ijaz-ul-Ahsan told petitioners’ lawyer Munir A Malik that he was not satisfied with his arguments.

On this, Munir A. Malik said that the court ordered the demolition of the entire Nasla Tower.

The Chief Justice remarked, “Can you partially demolish the Nasla Tower?” If you can demolish a partially occupied space, demolish it, now you are building a building and giving all these arguments.

Munir A. Malik in his arguments said that if we do this then the whole of Karachi will have to be demolished. On which the Chief Justice remarked that what is the matter with you then?

Munir  Malik said that my house and yours are also in this city. On which the Chief Justice said that if this is the case then demolish my house whenever you want, if they consider my house illegal then they should also demolish it.

Munir A. Malik in his arguments said that Sindh Chief Minister once gave this land.

On which Justice Ejaz-ul-Haq remarked that this is not the time of Mughals, the Chief Minister should do anything.

The petitioners had moved the court to stop the authorities from demolishing the building.

The high-rise building has 43 luxury apartments. The estimated market cost of each flat is around Rs35 million.

On June 16, the Supreme Court ordered the authorities to demolish the residential plaza on Karachi’s Sharae Quaideen.