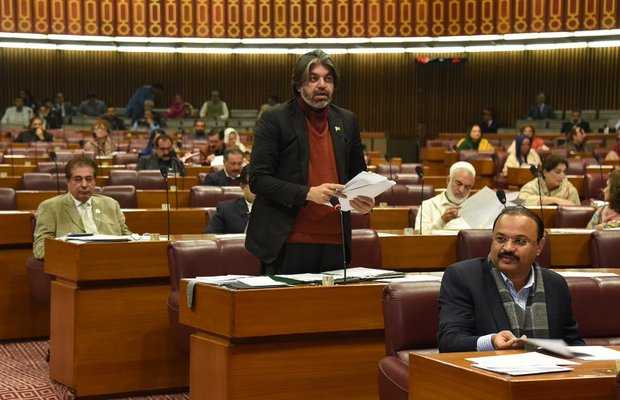 The National Assembly on Friday has adopted the resolution demanding public hanging for child rapists.

The resolution was tabled by Minister of State for Parliamentary Affairs Ali Mohammad Khan, stating that rapists of children should be awarded the death penalty and executed publicly.

Child protection and safety is the foremost responsibility of the state.

The National Assembly of Pakistan passed a resolution condemning the Child molestation case in Nowshera. The resolution was moved by Minister of State for Parliamentary Affairs @Ali_MuhammadPTI . Child protection and safety is the foremost responsibility of the state. #NAatWork pic.twitter.com/BKMQsB1YJP

Meanwhile, Pakistan Peoples Party and a few federal ministers have objected to this resolution, keeping in mind that the whole nation has been demanding strict punishments for the people who commit grave crimes including child rape and molestation.

PPP senior leader Raja Pervez Ashraf objected to the resolution saying that under the rights set forth by the United Nations, culprits cannot be hanged publicly.

Furthermore, the Federal Minister for Science and Technology Fawad Chaudhry also opposed the passing of the resolution, sharing his views on Twitter.

“Strongly condemn this resolution. This is just another grave act in line with brutal civilization practices [sic]. Societies [should] act in a balanced way, [barbarity] is not an answer to crimes. This is another expression of extremism,” he wrote.

Strongly condemn this resolution this is just another grave act in line with brutal civilisation practices, societies act in a balanced way barberiaism is not answer to crimes…… this is another expression of extremism pic.twitter.com/ye2abes8Dc

Minister for Human Rights Shireen Mazari also spoke out against the resolution, taking it to Twitter she said, “The resolution passed in NA today on public hangings was across party lines and not a govt-sponsored resolution but an individual act. Many of us oppose it — our Ministry of Human Rights strongly opposes this. Unfortunately, I was in a meeting and was not able to go to NA”.

See Section 376 PPC for rape punishment. People really need to check the existing laws before commenting. Issue is of implementation and speedy justice which is our focus now. https://t.co/H5LJ2F3Je7