The bill will be presented in the Senate and then it will become a law after the president’s approval. 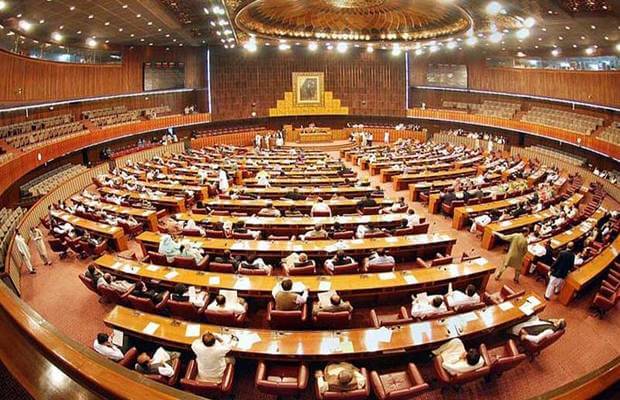 Federal Minister for Defence Pervez Khattak tabled amendments to the Pakistan Army Act 1952, Pakistan Air Force Act 1953 and Pakistan Navy Ordinance 1961 after the legislative bills sailed through the National Assembly’s Standing Committee on Defence for the second time on Monday.

The bill will be presented in the Senate and then it will become a law after the president’s approval.

The new law proposes:
• The previous law had not set any retirement age limit for the army, naval and air force chiefs as well as the chairman of the joint chiefs of staff committee. Now, it is has been set at 64 years. Any person who is older will not be allowed to hold the post.
• It also allows the president to reappoint or extend the tenure of all chiefs and chairman of the joint chiefs of staff committee on the PM’s advice.
• The bill states that the “exercise of discretion by the appointing authority” in this regard will not be questioned by any court on “any ground whatsoever”.
• If the law is passed, then it will be deemed to have taken effect on November 27, 2019, and not on the day it is passed.

Pakistan Peoples Party leader Naveed Iqbal at the beginning of the NA session said the party had decided to withdraw its recommendations and support the bills as is after reviewing the country and regional situation. “We have taken an unified stance to not oppose the bill,” he said.

Members of the Parliament from the tribal districts, Jamaat-e-Ulema-Islami Fazl (JUI-F) and Jamaat-e-Islami (JI) the bill and staged a walk out.

tweet
Share on FacebookShare on TwitterShare on PinterestShare on Reddit
Saman SiddiquiJanuary 7, 2020
the authorSaman Siddiqui
Saman Siddiqui, A freelance journalist with a Master’s Degree in Mass Communication and MS in Peace and Conflict Studies. Associated with the media industry since 2006. Experience in various capacities including Program Host, Researcher, News Producer, Documentary Making, Voice Over, Content Writing Copy Editing, and Blogging, and currently associated with OyeYeah since 2018, working as an Editor.
All posts bySaman Siddiqui