National Assembly session called on March 25 at 11 am

This is going to be the 41st session of the Lower House of the Parliament. 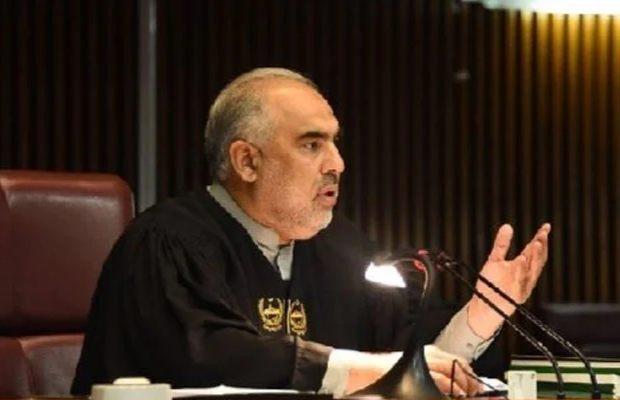 National Assembly session called on March 25, at 11 am!

The speaker summoned the NA to meet at 11:00 am in the Parliament House on Friday.

The speaker called the NA session exercising his powers under Constitution’s clauses 54(3) and 254, and on the requisition submitted by the Opposition, according to the notification issued in Islamabad on Sunday.

“Due to renovations at the Parliament House ahead of the OIC moot, no suitable place would be available to hold the session before March 24,” the speaker said in the notification.

A day earlier, the joint Opposition on Saturday warned the PTI-led government that if the no-confidence motion against Prime Minister Imran Khan is not tabled on Monday (March 21), then it will stage a sit-in inside the National Assembly.

“If this happens, I will convince all the opposition parties to stage a sit-in outside the NA. If the motion is not tabled on Monday, we will not disperse from outside the Parliament; we will see how you will hold the OIC (Organisation of Islamic Cooperation) conference,” Bilawal Bhutto-Zardari said.