National Assembly session likely to be called on March 25

opposition had submitted the motion against the premier as well as requested for the summoning of the session with the NA Secretariat on March 8. 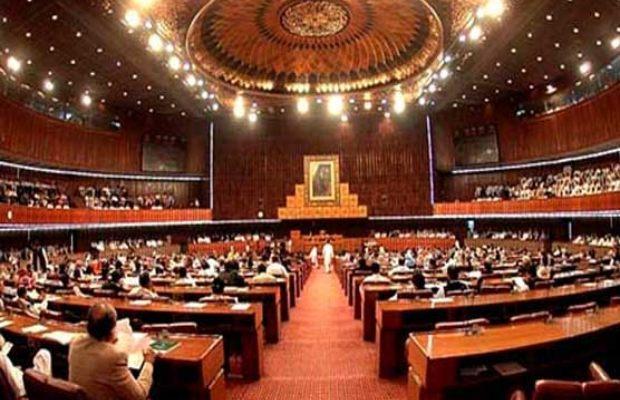 National Assembly session is likely to be called on March 25!

According to the news source, the development comes hours after the opposition threatened to stage a sit-in in the lower house and disrupt the Organisation of Islamic Cooperation (OIC) summit if the no-confidence motion against Prime Minister Imran Khan is not presented in the National Assembly on Monday.

The joint Opposition on Saturday warned the PTI-led government that if the no-confidence motion against Prime Minister Imran Khan is not tabled on Monday (March 21), then it will stage a sit-in inside the National Assembly.

“If this happens, I will convince all the opposition parties to stage a sit-in outside the NA. If the motion is not tabled on Monday, we will not disperse from outside the Parliament; we will see how you will hold the OIC (Organisation of Islamic Cooperation) conference,” PPP Chairman Bilawal Bhutto-Zardari said.

According to legal experts, not calling the requisitioned session of the National Assembly within the stipulated time and proroguing the session without initiating proceedings of no-trust motion against Prime Minister Imran Khan would attract Article 6 (high treason) of the Constitution on the National Assembly speaker.

According to Article 54, a session of the National Assembly can be requisitioned if at least 25 percent of the members sign it. Following this, the speaker has a maximum of 14 days to summon the session.

Once the assembly is in session, according to the rules, the secretary will circulate a notice for the no-confidence resolution, which will be moved on the next working day.

From the day the resolution is moved, the rules add, it “shall not be voted upon before the expiry of three days, or later than seven days”.

The speaker must call the lower house in session by March 22, while voting on the no-confidence motion must take place between three and seven days after the session is summoned, quoted legal experts.

It is pertinent to mention here that the united opposition had submitted the motion against the premier as well as requested for the summoning of the session with the National Assembly Secretariat on March 8.