Apart from Karachi, the door to door campaign will be carried out in every city 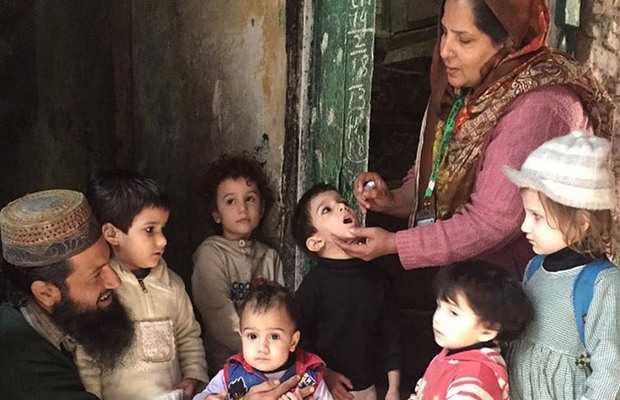 The campaign aims at giving oral vaccination to as many as 39.6 million children throughout Pakistan - except Karachi
2Shares
153Views

The first nationwide polio vaccination campaign of 2020 has been launched today which will aim at giving oral vaccination to as many as 39.6 million children throughout Pakistan – except Karachi.

“Building on the campaign in December last year, the nation is all set to undertake aggressive measures to push the virus back during 2020, setting the stage to root out polio once and for all,” Dr. Zafar Mirza, the Special Assistant to the Prime Minister on Health was quoted by The News.

“We are committed to reach every last child and I request all segments of society to join hands,” added Dr. Mirza.

As per the authorities, mainly National Emergency Operations Centre, 265,000 polio workers have been deployed for the door to door campaign and as many as 50 facilitators have been assigned the task to assist the polio workers team.

“Learning from 2019, we have a firm resolve to turn the situation around in 2020. The national team urges every Pakistani to assume the role of Sehat Muhafiz, ensuring vaccination of own children as well as those around them,” said Dr. Rana Muhammad Safdar, Coordinator National Emergency Operations Centre.

According to the current program, a round of polio vaccination was scheduled for December, February, and April. However, in high-risk districts an additional round is said to be implemented in January and March as well.

On the other end, a citywide polio campaign in Karachi was launched earlier last week and continues to progress as per the plan.