His remarks that 'Imran Khan is like a big brother to me who has showered me with his love', has resulted in social media frenzy in India. 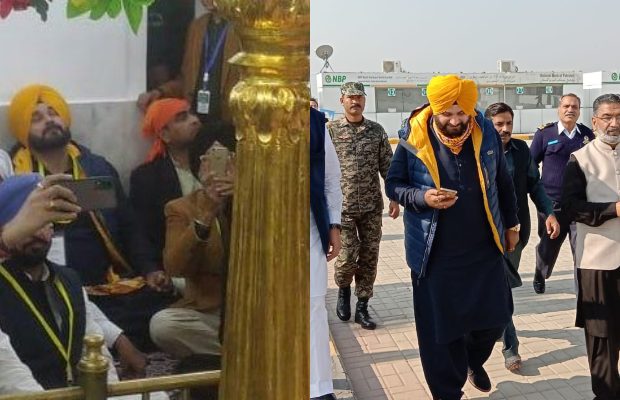 Upon his arrival, while speaking to the media, Navjot Singh Sidhu said that he was delighted to visit Gurdwara Darbar Sahib.

“I have come to the door of Baba Guru Nanak to beg for peace,” he said.

On behalf of PM Imran Khan, the chief executive officer of the Kartarpur Corridor Project Management Unit welcomed Sidhu upon his arrival in Pakistan.

Speaking on the occasion, Sidhu thanked the prime minister for the warm welcome.

His remarks that ‘Imran Khan is like a big brother to me who has showered me with his love’, has irked several Indians and news outlets of the country, resulting in a social media frenzy.

This is  Navjot Singh Sidhu’s second visit to Pakistan after the inauguration of Kartarpur in 2019.

Sidhu visited Kartarpur in 2019 when he was formally invited by Prime Minister Imran Khan.