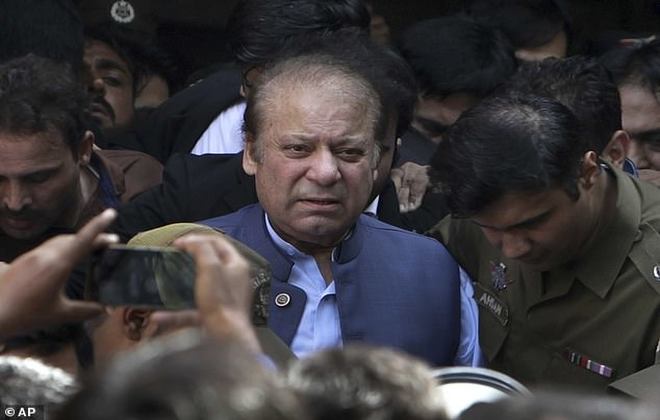 Former Pakistani prime minister Nawaz Sharif, after being taken into police custody on Monday following the accountability court judgement, has been shifted to Kot Lakhpat jail, Lahore amid tight security on Tuesday.

According to the news source Nawaz Sharif was flown to Lahore this morning from Nur Khan Air Base. He was being held at the Rawalpindi’s Adiala jail after the court decision.

According to the news source, a team of National Accountability Bureau (NAB) accompanied the Supreme Leader of the Pakistan Muslim League-Nawaz to Lahore amid strict security arrangements.

A large number of PMLN workers were present outside the Rawalpindi’s Adiala Jail where he was shifted after Accountability Court pronounced its judgement against Nawaz Sharif. 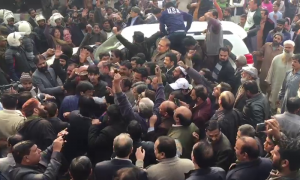 It was earlier on Monday when Accountability Court judge Arshad Malik sentenced Nawaz Sharif to rigorous imprisonment for seven years along with a fine of Rs1.5 billion and $25 million in the Al-Azizia Steel Mills/Hill Metal Establishment reference, but was acquitted in the Flagship Investment reference.

Today also marks PMLN Leader Nawaz Sharif’s 69th birthday. As being reported the PML-N’s provincial secretariats have planned celebrations for his birthday, along with Christmas celebrations and the commemoration of Quaid-i-Azam’s birth anniversary.